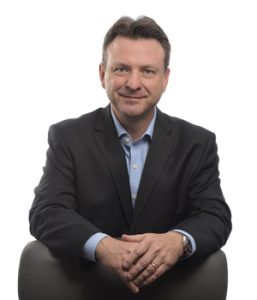 With the month of August now in the books, the stock market continues to defy expectations. The S&P 500 showed a return in August of 7.01%, the best August return since 1986. For the past 5 months, the S&P 500 has returned a staggering 31.57%, the highest return for any consecutive 5-month period since 1929! Those are incredible returns in the best of economic environments. I don’t think that is how anyone would describe 2020.

One of the more difficult questions that both institutional and retail investors have faced this year is how to reconcile the worst economic data we have ever seen with some of the strongest equity returns we have ever seen. In the second quarter of 2020, we combined to have the S&P 500 return 20%, while the GDP showed a decline of over 31%. How can this happen? Why would anyone want to market weight, or even overweight stocks here? Let’s try to make that argument now.

I would start the optimistic argument for equities by saying that the stock market is a leading economic indicator, and the market believes that things are going to look quite a bit better in 18 months than they do right now. Recent advancements in inexpensive, at home, testing from companies like Abbott and Roche that will be widely available in a few months will give us the ability to identify (and isolate) those with COVID. We are also optimistic that by the end of 2021 we will have a COVID vaccine, and that it will be widely distributed to most everyone in the country, and the world. The consumer will be comfortable to resume travel, eat in restaurants, go to movie theaters…things will begin to resemble life before COVID. Doesn’t that sound AWESOME?

The Federal Reserve has been very clear that interest rates will be low for an extended period of time. Their announcement that they are changing from an inflation target to an inflation range gives the Fed much more ability to remain accommodative for an even longer time frame than anticipated. This alone should raise the floor and ceiling on stock prices over the next few years. It will strengthen an already solid consumer, and reduce borrowing costs for corporations. The old adage to “don’t fight the Fed” may never be truer than right now.

One of the most compelling argument for stocks is the lack of a better investment option. Would you like to loan the US government your hard-earned cash for 10 years, and receive 0.71% a year in return? As compelling as that sounds, the current dividend yield on the S&P 500 is 1.75%. Throw in even a below average 1-3% price increase on top of that, and a total return of 2.75% to 5.75% doesn’t sound like a bad  option. Real estate is another popular option for investment capital. The changing retail environment and the possible work from home movement having some staying power will likely put a damper on commercial real estate prices for some extended period of time. Or would you rather invest in international equities, which always seem cheaper than domestic stocks? Almost every developed country in the world has similar economic problems that we face here, and how excited will Germany be to bail out Italy? Will Brexit be the blueprint for future problems with the European Union. It seems that the US equity market is not a bad option for investment capital when compared to other traditional landing spots.

As most home owners will be able to refinance their mortgage at levels never thought possible, and with the imposed economic shutdown forcing consumer to save more than normal this year, there will be significant pent-up demand from a consumer flush with cash when the economy fully reopens. The large increase in unemployment has disproportionally affected lower income earners, so the roughly 80% of consumers that are saving more will more that offset the lower earning 20% of consumers that will be in a more difficult economic situation.

The high unemployment rate will allow for growth without significant wage inflation as the large pool of available candidates should keep wages low. We started to see wage inflation late in 2019, but that potential headwind to corporate profits should be a non-factor for an extended period of time.

As with most recessions, the companies with the weaker balance sheets have not (or will not) survive the current recession. The remaining publicly traded companies will make a much healthier market. The surviving companies will get the benefit of lower interest rates, and the stronger (on average) balance sheets will allow for a higher valuation multiple on the overall market.

The painful process of consumer preference moving from traditional brick and mortar stores to online retailers sped up dramatically during this pandemic. So instead of having the old publicly traded brick and mortar retail stocks dragging earnings down for several years, it was compressed into a few (very ugly) quarters.

As we talked about in our “New Normal” series, we expect a manufacturing renaissance in the US for products now deemed important to our national security. Personal protective gear and medicine will now be manufactured domestically, even if the price point for these items will be higher. Many that find themselves unemployed from the shuttered brick and mortar retailers will find more stable employment in this new domestic manufacturing trend.

A large majority of investors have not fully participated in this incredible rally from the market lows in March. As we begin to have more and more confidence in the success of a vaccine, and the certainty that comes with election results in November, those investors will be looking for a buying opportunity to re-enter equity markets. That cash looking for an opportunity to find an attractive entry point for stocks should limit the downside for market prices, and the market could “get away” from many of these investors.

Yes, there are an unusual amount of uncertainties out there right now. These include a possible second COVID wave, unsuccessful vaccine news, social unrest and violence, the massive increase in debt, tensions with China, and the election results in November. The old saying is the stock market “climbs a wall of worry”. 2020 has provided a large wall for stocks to climb!

All that being said, the potential positives seem to present a compelling argument that this could be a great time to own equities. That doesn’t mean we won’t have some days, weeks, or months of negative performance moving forward. It simply means stocks appear to offer the best potential for positive returns in the future.

It helps to be an optimist.