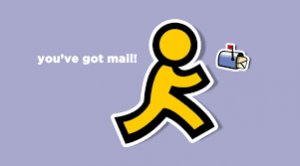 It has always been prudent to choose your words wisely and avoid inflammatory issues when writing newsletters and newspaper columns. However, in the past, it was more difficult for readers to reach out to you with their opinions. This disconnect, if you will, between the writer and the reader probably engendered a more constructive flow of actual information and opinion.

I started writing the precursor of Common Cents in 2001, I believe, and a weekly column for the Montgomery Advertiser in 2005, or was it 2006? Regardless, I have been writing for a wider audience for over a decade, and one thing has definitely changed: I no longer receive actual letters in the US mail from people who have an opinion, usually strong and opposite, on something I have put forth. And why would I?

According to the US Census, an estimated 51% of US households had a computer in 2000, and slightly less than 42% had access to the Internet. This is important, as you obviously have to have a computer and Internet access to send an email. To that end, UC Berkley estimated global users hit send on roughly 31 billion emails per day in 2001. In 2015, the most commonly accepted estimate for daily global email volume appears to be north of 205 billion. That number doesn’t include texts, tweets, or posts, and, if my email inboxes are any indication of normal, it seems a little low.

As an aside, AOL used to have a little voice announcing “You’ve Got Mail” whenever you received an email. If our business email or my Gmail account did the same thing today, it would drive me nuts. …Read More…