This morning, the Bureau of Labor Statistics (BLS) announced the Consumer Price Index (CPI) for the month of May 2021 increased 0.6%. This was slightly higher than analysts had been expecting. What’s more, it seems the CPI has risen 5.0% over the last 12-months. This is the highest year-over-year reading in decades. Even so, the markets seem to have mostly shrugged it off. I suppose it could have been worse.

Still, prices are going up all over the place, and no one seems to care too much. Fed Chairman Jay Powell doesn’t seem concerned, and the yield to maturity on the 30-year Treasury Bond has been hovering around 2.20% for a while. So, investors don’t seem to be too worried about inflation either. 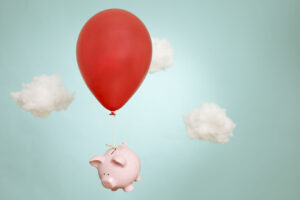 This begs the question: what in the world is happening? Why is everyone shrugging their shoulders, at least figuratively?

The reason is simple: the Federal Reserve says there isn’t any significant long-term inflation. This recent tick up in prices is transitory due to a variety of COVID related issues: capacity taken offline, workers not coming back to work fast enough, pent up consumer demand, stimulus money, etc. Essentially, it will take a little while for these things to ‘work their way through the system,’ and it would be foolish to adopt a tight money policy to offset a situation which should self-correct in the near future. At least that is the prevailing wisdom.

Understandably, that might be as clear as mud to the average person on the street. So, let me explain what the ‘powers that be’ think is happening in everyday terms.

Have you ever been to a football game, concert, play, or any other crowded public event which has intermittent breaks, like a halftime or intermission, etc.? What happens at the concession stands when there is a, shall we say, pause in the action? There is a sudden deluge in demand, right? Nothing has fundamentally changed. There are the same number of potential customers and the same number of folks behind the counter selling the same stuff, at the same price when no one was in line. Right?

Now, how many times have you been in one of these lines and thought: “Could they possibly move any slower? Shoot, I would pay twice what they are asking if I didn’t have to wait, stuffed in here like sardines. Good grief.” Depending on the severity of the situation and the length of the line, you really might be willing to do so. However, is that your new ‘clearing price’ for a beer, soda, hot dog, or whatever it is you want to buy? Let’s call it the ‘halftime price.’

Probably not, and you can scratch the world probably.

While an overly simplistic example, it basically illustrates what the Federal Reserve thinks is currently happening. There has been a surge in demand, which has swamped supply chains and distribution networks. However, it shouldn’t be a long-term problem, just as lines at the concession stand don’t remain jammed after the second-half kickoff.

Basically, the Fed wants to let folks get back to their seats for the third quarter. It understands someone’s ‘halftime price’ isn’t their normal price, that the lines for soda and beer will shorten, and the vendors will operate under less stress in the near future. Further, it doesn’t want to assume the current, heightened level of demand is permanent, just as it isn’t after halftime.

If this is, indeed, the case, the Federal Reserve wants to be patient before tightening credit in the economy. Further, if the Fed is right, and it always is even when it isn’t, prices will eventually fall back to where they would be given more normal demand. This is how you can have inflation and no inflation at the same time.

Admittedly, this is frustrating for consumers as they watch prices increase. However, the Fed has to play the whole game, all four quarters, and all the breaks in between them. If things haven’t noticeably improved by the end of the year, it will likely make some changes to monetary policy; it will have to do so. If they have, you will be very glad the Fed was patient, and didn’t treat the halftime surge and your ‘halftime price’ as permanent in the economy.