This week, the Federal Open Market Committee (FOMC), the monetary policy making arm of the Federal Reserve, met and left the overnight lending target unchanged at 2.50%. This was as expected, and Average Joe’s kneejerk reaction might be: “so what?” The so what of it all is the FOMC opened the way for lower rates moving forward. Put another way, ‘the Fed’ all but said money was going to be cheaper in the United States within months, if not weeks, if need be.

To read the headlines, the overwhelming reason why the Fed has made such an ‘about face’ since the end of last year is the inverted yield curve. By that, I mean short-term rates are higher than long-term ones (out to 2042). Intuitively, banks make less of a spread (the difference between what they pay on deposits and make on loans) when this happens. Not surprisingly, historically, this has led to a slowing in the extension of credit in the banking system. This leads to slower growth in the money supply, which leads to lessened levels of economic activity, in aggregate.

Then there is the question: why has the yield curve inverted? Hmm. That requires a little more conjecture, if conjecture is the right word.

Without getting into a primer on the interconnected nature of interest rates, inflation, economic activity, and monetary policy, it is pretty safe to say lower long-term interest rates suggest ‘the markets’ anticipate lower levels of inflation and economic activity moving forward. As a result, you can reasonably intuit the yield curve has mostly inverted due to the fact many investors believe the US economy is going to slow/cool in the not so distant future. Notice I didn’t use the words collapse, shrink, or fall apart.

Not surprisingly, the most oft-given reason has been concerns over the growing trade war between the US and China. Intuitively, this makes sense. Trade barriers and tariffs could or should impede trade between the world’s two largest economies, which should or would slow economic activity in both. Slower growth in, again, the world’s two largest economies would obviously have a detrimental impact on overall global activity. After all, China and the US, combined, represent roughly 40% of total global GDP.

But is this line of reasoning air tight? Hmm.

For all intents and purposes, ‘we’ have been talking about ‘free trade’ in earnest since Ronald Reagan started pushing for it back in the early 1980s. By the end of that decade, in 1988 to be exact, the US and Canada had signed the Canada-United States Free Trade Agreement. Obviously, this was the precursor of the much larger NAFTA, which went into effect on January 1, 1994. So, free trade has been a ‘central’ tenet of US economic policy for a very long time.

Of course, there is far more to the history of ‘free trade’ than this brief explanation, as I have omitted any pertinent discussion on the General Agreement on Tariffs and Trade (commonly known as GATT). However, the point remains: the US has been preaching freer and supposedly fairer trade for so long and so loudly I would/might argue no one really knows how to adequately calculate the economic ramifications of the current brouhaha.

After all, there is the whole interconnected nature of the global economy’s supply chain. While China is arguably the world’s current sweatshop, how difficult would it be for multinational corporations and/or producers to shift production to other low-cost countries? It might be impossible for some, but for all? So, can Mexican, Indian, or Vietnamese suppliers increase capacity quickly and efficiently? Japanese or even Korean for the higher end stuff? Then, there is the possibility of shipping product to another country, say Indonesia, prior to the United States.

What if the Chinese bought more soybeans from Brazil and Argentina, and we simply exported our ‘tariffed’ surplus to South America for export to Asia? Considering 60% of our soybean exports shipped out of ports on the Gulf of Mexico in 2017, heck, they were headed in that direction in any event. The same could be said of our corn exports as well. As for chicken? From what I have read, it seems our top 5 export ports for poultry are: Savannah, New Orleans, Charleston, Norfolk, and Houston. So, I guess the argument there is kind of like soybeans. 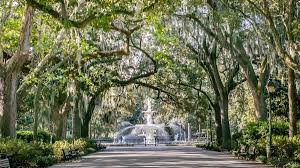 Of course, since the Chinese economy is a little different than ours, what is stopping Beijing from further subsidizing their exporters, especially the state-owned enterprises? According to export.gov, it seems there are 150,000 state-owned enterprises in China, which make up anywhere from 30-40% of GDP. Of those 150,000, Beijing owns 50,000. While many of these have small private investors, do they operate with capitalist mindset as US companies? Or would they be willing to eat into profit in order to maintain output? Throw in a ‘splitting of the difference’ of the 25% US tariffs with the central government, and what is the mindset there? What if Chinese state-owned suppliers for US companies set up production facilities in places like Vietnam and Cambodia?

To be certain, I am running the risk of being hopelessly naïve and cavalier at the same time. I freely admit I can’t fathom how 25% tariffs and general bellicosity between the two governments won’t slow bilateral trade. Further, I don’t believe Mexican, Vietnamese, Indian, and even Korean exporters can absorb a sudden sharp shift in capacity from China, directly or indirectly.

That is the head-scratcher: the sharp, seemingly sudden decline in longer-term US interest rates when the contemporaneous economic data seems reasonable enough. Are these tariffs and tough talk enough to really derail, well, global economic growth when other countries are sure to pick up some of the slack AND Beijing is undoubtedly going to absorb some (if not more) of the tariff shock to its exporters?

Again, it has been a long time since ‘we’ have had to deal with this type of situation. Further, the global economy is far more interconnected now than it was back when we last did. Seriously. While I hate to say this time is different, I might be comfortable saying something along the lines of: this time might be slightly different than last time.

Still, the Fed has to play the cards dealt.

The easy bet, the smart money if you will, playing the hand would be to run the risk of providing cheaper money if necessary…that is IF the bond market is right AND this trade war does cause a sharper slowdown in economic activity than anticipated. This week, THAT is almost exactly what the Fed is was willing to do.