Would you believe, as I type here on August 17th, the S&P 500 index is positive for the month? With all the wringing of hands and gnashing of teeth about Turkey, China, and even Elon Musk’s ill-advised tweets, you would think the US markets would be falling off a cliff, but they aren’t. No, international markets are, more specifically emerging markets.

Although I have been in the investment industry for quite a while now, I still have a mental picture of a UNICEF ad, or something along those lines, when I hear or read the term ‘emerging markets.’ You know the type: a malnourished child with a distended belly staring forlornly at the presumably well-fed cameraperson. Perhaps I am too cynical, but I always hope said photographer showed up to the refugee camp with a 50-lb. bag of rice or a case of Cliff bars, anything.

However, a simple breakdown of the MSCI EM (Morgan Stanley Capital International Emerging Market) Index is, for better or worse, mostly a bet on Asia with a little Latin America and Africa thrown in for good measure. To that end, here are the top 6 countries in the index by weight (according to Morningstar and as of this morning): China (30.7%), South Korea (14.1%), Taiwan (11.9%), India (9.1%), and both Brazil and South Africa are tied at 6.4%.

All told, Asian companies make up 73.9% of the index, and nary a one from places like Nepal, Bhutan, Laos, Myanmar, Afghanistan, or Georgia, to name a few. Shoot. Those top 6 countries above make up just short of 80% of the benchmark, and I could make a pretty cogent argument Korea and Taiwan aren’t really emerging economies.

Even so, why are the emerging markets (if we can truly call all of them that) behaving so poorly in 2018? I mean it has been dreadful. Surely, Donald Trump is to blame somehow, right?

While we can debate US tariffs and Presidential bluster until the cows come home, the nuts & bolts of the matter are far less, shall we say, complicated: the US dollar has been strong this year, arguably stronger than expected. If that is due to trade war worries, then, yes, the Trump Administration should shoulder some blame here. If US monetary policy and stronger than expected pickups in both GDP and corporate profits are the roots of the problem, 1600 Pennsylvania Avenue probably isn’t to blame…at least all that much, but that doesn’t mean we shouldn’t give it the old college try. Ha.

Now, it is one thing to say a strong dollar is the culprit, and quite another to do the math. So, I ran a quick spreadsheet looking at the daily closing values of the iShares MSCI Emerging Markets ETF and the DXY index (a weighted basket of foreign currencies which reflects US dollar strength) over the last 15 years. Obviously, this is literally thousands of observations, and you would expect to see a negative number IF the two actually move in opposite directions. They did/do, and the correlation was a (0.328). While this isn’t a perfect negative correlation, it is certainly strong enough to make the following statement: a strong dollar bodes poorly for emerging market stocks.

Politics? You know, international investors aren’t going to bet their money based solely on political sensibilities or sensitivities. They want to go where the growth is or where the decline isn’t.

Hmm. You might argue the threat of a trade war with the United States is the reason why investors are taking their money out of the emerging markets. After all, some of these countries depend FAR more on trade with the US than the US depends on trade with them. To that end, trade is smaller percent of GDP for the United States than any other country in the OECD, at least by 2016 estimates.

Therefore, a global trade war will have a greater negative impact on the rest of the world than on the US. So, investors are going where the relative decline isn’t or won’t be if worst comes to worst. This creates a strong demand for US dollars which increases the cost of inputs (on things like oil, etc.) for other countries. This, then, exacerbates the threat of recession throughout, in this case, the emerging markets.

Thanks Donald, huh? However, and there is always a however. 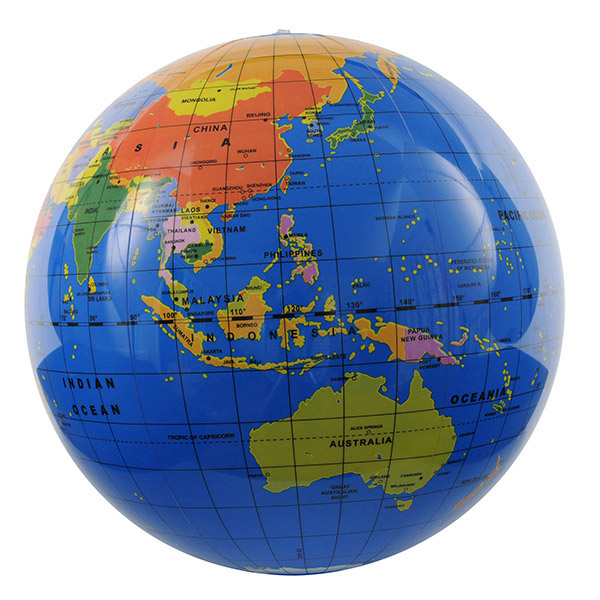 By definition, or as close to it as you can get, when the US dollar appreciates, some other currencies have to depreciate on a relative basis. Thus far in 2018, most have fallen relative to the dollar, but only a select few ‘major emerging’ currencies have truly plummeted…notably Turkey, Venezuela, and Argentina. The rest? The majority seem to be down roughly 4-6%, or so, relative to the dollar. This is certainly not a head scratching amount, but it IS enough to throw the emerging market asset class in the ditch vis á vis domestic assets for US investors.

After all, there are three elements of total return in international investments: 1) local price appreciation; 2) interest or dividends, and; 3) currency translation. The latter can throw a wrench in the works IF a currency demonstrates either significant strength or weakness.

However, for trade dependent economies, a weaker local currency relative to the US dollar makes exports from that country that much less expensive for US consumers. While it might not be enough to completely offset the stated tariffs on item X or Z, it is real money and will benefit those goods & services not subject to the Administration’s tariffs and wrath.

With this all said, what IS kind of concerning to me are the returns of foreign stock markets in their own currencies. The majority of them are in the red this year, with only a few demonstrating any sort of real strength. And those few? Well, be honest, how much of your portfolio are you really, really going to devote to Portugal or Norway? I mean, how strongly do you feel about Galp Energia SGPS SA or Energias de Portugal? What? You never heard of them? Well, they both make up 23% of the PGAL exchange traded fund.

By comparison, the Top 10 holdings in the SPY (S&P 500) exchange traded fund account for a 21.8% weighting, combined.

As for emerging economies, I suppose India has done reasonably well in its own currency and the Russians haven’t fared too badly in rubles. The rest of them? Mostly flat at best, but modestly negative across most of the board. What this suggests is LOCAL investors aren’t bullish on the near-term prospects for their respective economies…particularly in the case of relatively well-functioning stock markets and financial systems. Some emerging bourses are so, well, immature and illiquid as to render their movements sort of nebulous.

So, are the local currency returns telling us anything about emerging markets? Or are in some sort of mid-year summer doldrums? Or have we entered into a longer-term season of investor discontent?

In mid-August 2018, let me answer all of those questions with simply: right now, it is kind of hard to meaningfully bet against the dollar. We might not like what is going on here, but that doesn’t mean we have to like what is happening elsewhere.

Have a great weekend!