Yesterday, the markets fell apart because Federal Reserve Chairman Jay Powell didn’t seem too concerned about the recent back-up in longer-term interest rates. The more nervous among us wanted Big Jay to say the Fed is going to sell short-term debt and buy long-term securities in order to keep a lid on the long end of the yield curve. After all, higher interest rates and higher asset prices generally don’t go together. Right?

For the most part, that is a fairly accurate assertion. Higher interest rates make fixed income investments more attractive to investors, which puts pressure on stock prices. However, bond values go down when interest rates go up. It is sort of a ‘tails I win, heads you lose’ situation.

So, what’s an investor to do?

The best thing to do is turn off the television when the talking heads start panicking about such things. You have to remember; the networks have to fill a lot of time and sell a lot of advertising. They have to have eyeballs glued to the screen, and the best way of doing that is to serve up fear. To that end, everyone has probably heard about the increase in rates, but how many know to what level? You tell me.

Now, what if I were to tell you, the yield to maturity on the 10-Year US Treasury Note is currently about where it was on 2/14/2020? The Friday before things started to fall apart in the markets last year due to the pandemic? That the 30-Year Bond is yielding less than it was at the end of 2019? This despite the $3.5 trillion deficit the Federal government has run since the start of last year? And that is just the amount it admits. Only The Shadow knows what the real number is.

Further, what if I were to tell you 10-year inflation expectations are slightly higher than the yield on the 10-Year Note? That, for all intents and purposes, 10-year is essentially free, at least for the Federal government, when adjusted for inflation. That the ‘real interest rate’ on the 30-Year Treasury is currently around 0.10%, as measured by the 30-Year Treasury Inflation-Protection Security? That prior to last year the yield to maturity on that security had never fallen below 0.50%?

Then there is the cold, hard truth. The 10-Year is yielding 1.55% as I type here today on March 5, 2021, and the 30-Year is trading at 2.29%. Those, my friends, are the rates that have the markets in a knot. That have scared the bejeebers out of investors. That have kept the folks on the TV near breathless for the last week or so.

As I wrote in a letter to clients yesterday, if a 1.50% 10-Year US Treasury Note is going to wreck the US economy, it was doomed anyhow.

Now, all of this discussion about interest rates is a little dry, a lot dry actually. So, let me explain it a little differently.

In Alabama, the state government controls the sale of hard liquor. It sets the prices at the ‘state stores,’ and independent liquor stores have to buy their booze from the state. Essentially, it has monopoly pricing power. Currently, the price of a 750 ml bottle of Tanqueray Special Dry Gin is $23.99. So, let’s assume this is the cost of 750 ml of gin in the state. 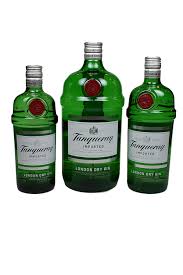 Now, for some reason, in its infinite wisdom, Montgomery has decided to sell 375 ml bottles of Tanqueray Special Dry Gin for $9.99. As a result, two 375 ml bottles costs $19.98 compared to a 750 ml bottle at $23.99. It makes absolutely no sense, and I have pointed it out to the folks at the counter on several occasions. No, I don’t want to pay more; however, I know the person ringing up my purchase couldn’t care less about the pricing mismatch.

With this in mind, imagine the state actively marketing the, let’s call it, arbitrage. I mean: “Why pay $4 more for the same amount of hooch? Visit us today and stock up before we wise up!” I would be willing to bet a plug nickel, it would sell more 375 ml bottles of Tanqueray than it is currently. However, what would happen if the state decided to increase the price on this size bottle from $9.99 to $11.99? How would this impact the cost of 750 ml of gin in Alabama?

It is very strange isn’t it? How the price of something can be higher and remain the same simultaneously?

This is either very clever or very stupid; however, it has a point. The actions our governments and monetary authority have taken during the pandemic have artificially compressed the price of money over the last 12 months. To be sure, interest rates would have fallen last year regardless, but they wouldn’t have gotten to the basement levels they did but for the various economic lockdowns, stay at home orders, etc. Therefore, I submit the government had/has ham-handedly and artificially set the price of money, which is only now approaching ‘market levels’ due to vaccination rollouts and the reopening of economies.

As such, the price of money in the United States is now higher than it was but has remained the same, if you catch my drift.

In closing and in no uncertain terms, money is still very cheap in our economy, and we have a ‘long way to go’ before it approaches being expensive. So, I am okay with taking a few lumps as investors adjust to new market levels, but, like Jay Powell yesterday, I am not terribly concerned. As I have stated time and time again: interest rates are still low, energy is still pretty cheap, the yield curve is positively sloped, the vaccinations are rolling out, economies are fully reopening, the Congress is throwing money at us, and the Federal Reserve has its foot on the gas. Now is, most definitely, not the time to worry.