This morning, we woke up with the news the President had announced new tariffs against Mexico for failing to curb the tide of migration through that country and up to our southern border. Perhaps interestingly, or not to some Americans, it seems the Administration is frustrated Mexico isn’t doing enough to secure ITS southern border, which ‘allows’ large numbers of Guatemalans, Hondurans, Salvadorans, and Nicaraguans to migrate up to El Norte (USA). Perhaps even more interestingly, Mexico is THE goal for many Central American migrants, as it is the second largest Latin American economy and enjoys a much, much higher standard of living than, say, Honduras.

I suppose the question is: could the Mexicans ‘do more’ to stem or stop the flow of Central Americans through their country? The answer is: sure, why not? It could run electric current through the Usumacinta, Salinas, and Suchiate Rivers. It could put up guard towers and pill boxes every 100 yards, and machine gun anyone attempting to cross. You know, that sort of stuff. I mean you can ALWAYS do more. But, will they? The answer is: probably, to some degree, but it is and will be impossible to completely stop people from trying to make a better life for themselves. More on that later.

The bigger question remains: is using trade policy as a foreign policy cudgel really such a good idea? Laughingly, sort of, we always kind of have. We just haven’t been as blunt and public about it, let alone have Twitter to use as a proverbial megaphone.

I will cut to the quick. More trade is better than less trade, and free trade is better than protectionism. However, people elect their leaders to look after their best interests, not their neighbors…let alone people on the opposite side of the Earth. Beijing doesn’t curry domestic favor by caring about displaced mill workers in Alabama or South Carolina. No. It curries favor by worrying about mill workers in Guangdong and Xian.

Further, Mexico City doesn’t want a bunch of undocumented migrants traveling through its country, let alone staying put, any more than Washington does. After all, President Andres Manuel Lopez Obrador has to answer to disgruntled Mexicans competing for work with lower priced Salvadorans, etc. Seriously. Life is a conflict of interest, and people will usually behave in a way which is advantageous for themselves (and/or their family) FIRST before worrying about others…especially strangers. However, the exodus from Central America over the last decade has overwhelmed rather limited Mexican resources. 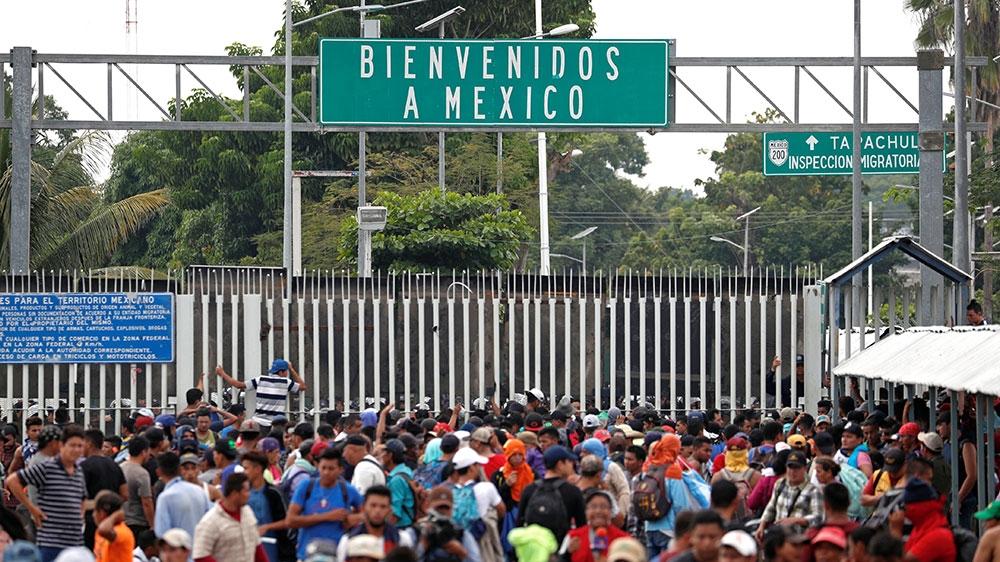 Here is the deal: a meaningful disruption in trade with the United States is a far bigger problem for Mexico than increasing its border security with Guatemala. It isn’t even close. Up to this point, Mexico City has protested/maintained it is using the bulk of its limited internal security resources on fighting the drug cartels in the northern part of the country. This is arguably a legitimate claim, and Mexican coffers aren’t particularly deep, even with US assistance.

What can be done?

I am not a foreign policy expert, and I certainly don’t work for the State Department. However, I would be flabbergasted IF the appropriate parties from both countries haven’t been in constant communication all day. This is a big deal, and here is what I think will happen.

Before this situation goes completely off the rails, Mexico City is going to find an additional $250 million, or some number, to create a southern border patrol separate from, but working with, the Mexican armed forces. Do NOT inquire as to the source of the funds, because you might be a little upset to find out your hard-earned income is going to keep Guatemalans out of Chiapas in southern Mexico! But before you get too mad, consider estimates for the Administration’s desired wall with Mexico run anywhere from $10-150 billion, with a lot of folks agreeing on around $25 billion with about $1 billion/per in maintenance, etc.

As hard as that might be for some to stomach, there is virtually no downside to this outside the court of public opinion. It allows everyone to ‘save face,’ and is a heckuva lot cheaper than militarizing our southern border. It is just a numbers game: the Mexican border with the US is roughly 1,952 miles in length. By comparison, the combined Mexican southern border with Guatemala and Belize is slightly less than 700 miles. Further, disrupting cross-border trade between Mexico and Central America does NOT have anywhere near the global economic ramifications of disrupting trade between the US and Mexico. It isn’t even close…laughable even.

As such, tightening the US-Mexican border by battening down the Mexico-Guatemalan border is a veritable slam dunk for both Mexico City and Washington…but not for the migrants themselves, obviously. That could be a discussion for another time.

Am I being a bit naïve? No. I imagine a fair amount of the money we somehow divert for this purpose will mysteriously vanish or be used in a less than completely ethical manner. The same thing would happen here in the States. Further, I don’t think Mexico will be able to completely stop illegal immigration into Mexico any more than any other country can or could. Not a chance. Finally, I don’t think whatever scheme they/we concoct will have much more than a 25% success rate; but that would be a step in the right direction for politicians in both our countries.

So, naïve? No, I don’t think so. However, I am curious about a couple of things: 1) who is next, and; 2) is there any other, less public, way of intimidating or otherwise influencing other countries? Particularly those who are supposed to be our ‘allies’?

After all, this very public and, dare I say, boisterous way of using trade policy as public policy cudgel is costing folks money. I am not necessarily worried about this instance, because I can easily envision the endgame and probable outcome. However, the next one might not be as clear, and could be more difficult to dodge.