One of the more difficult things about investing is determining what the next “black swan” event will be. After all, there is a reason why we call them “black swan” events. In case you are unfamiliar with the term, Investopedia.com has the following definition: “A black swan is an unpredictable event that is beyond what is normally expected of a situation and has potentially severe consequences. Black swan events are characterized by their extreme rarity, severe impact, and the widespread insistence they were obvious in hindsight. “

Obviously, not all such events are made equal. For instance, the 2008 Financial Crisis would have, could have, and should have been predictable and potentially avoidable. We only found this out after the fact. On the flipside, who saw COVID-19 coming the way it did? Outside of the people in Wuhan, of course? In essence, there are times when the black swan is staring you in the face, and you just don’t see it for whatever reason. Other times, it sneaks up on you.

So, what is it this time?

Of all the potential brushfires in the word today, the low-hanging fruit answers to that question are: 1) the mess in the Ukraine, and; 2) the situation over Taiwan. Yes, there is a major civil war going on in Ethiopia, and, yes, the Iranians and Saudis are battling each other in a proxy war in Yemen. Of course, the ubiquitous tensions in the Levant can heat up quickly, and there any number of other troubles in the world today. However, where the rubber meets the road, when the dust settles, and the smoke clears, the Ukraine and Taiwan top my list.

The reason(s) I say this is: if the Russians decide to take over the Ukraine, and if the Chinese want to invade Taiwan, there is precious little we can do about it without it escalating to a much larger conflagration. Given the hypersonic and EMP technologies the world’s primary powers have been developing, it could be too awful to contemplate. As Albert Einstein is quoted to having said: “I know not with what weapons World War III will be fought, but World War IV will be fought with sticks and stones.”

The reason for my contention in the first sentence of the previous paragraph is pretty simple. Both the Russians and the Chinese have the ability to overwhelm their adversaries before the US would be able to effectively respond with traditional ‘kinetic warfare’ actions. By effectively respond, I mean driving the Bear out of the Ukraine and forcing the Dragon off of Taiwan. 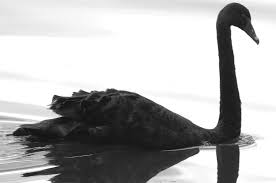 Of course, there are undoubtedly any number of military experts who might say otherwise. However, I know the basic numbers and I can look at a map. Yes, the American military might be the most advanced in the world. However, neither the Ukraine nor Taiwan are “next door,” and both China and the Russians have large, well-trained, and adequately equipped militaries. So, repeat after me: logistics and manpower, logistics and manpower.

To be certain, we do have enough capacity in Europe and the Pacific to do some damage to either aggressor, and hopefully give us some time to respond in force. That is the basic idea. However, there is a little wrinkle here: both Russia and China believe the territories which they appear ready to invade are part of their country. Uncomfortably for us, history largely suggests so as well.

As a result, no matter our response in either situation, the issue doesn’t die. China will still consider Taiwan as part of China, and the Russians will still think of the Ukraine as part of “greater Russia.” As a result, intuitively, this would make dislodging them from Kiev and Taipei a little more difficult than it would be otherwise.

In their minds, they aren’t the aggressor for taking back what is “rightly” theirs. The United States is, or would be, for keeping them from doing so. Therefore, we would find ourselves in the unenviable positon of trying to remove an strong, entrenched foe who fundamentally believes in its cause. Conversely, how many of our frontline troops and sailors really care about either the Ukraine’s or Taiwan’s sovereignty? Some? Maybe a slight majority? All? None? I honestly don’t know.

Admittedly, this is arguably defeatist stuff. However, prior to engaging with a formidable enemy, it is best to have a concrete definition of success. If it is untenable, you must then determine an acceptable, face-saving outcome. What would either be in this situation? How would they impact the global economy and the markets? Global supply chains? What would it mean for the prospects for the US dollar remaining the world’s primary reserve currency? If negative, how much would interest rates rise, not if? Would the Chinese dump the $1.05 trillion in US Treasury debt it officially holds? This would overwhelm the market.

Oh, there is a lot at play here, and that is what concerns me.

Don’t get me wrong; I don’t stay up at night worrying about such things. In my opinion, Taiwan eventually reverting to Beijing’s control and the Ukraine falling back under the Russian umbrella (in some form or fashion) are ‘faits accomplis.’ However, how we respond is not.

Should we do so in a half-hazard, submissive, and uncoordinated manner, the results could be disastrous for the United States in the long-term. However, should we respond effectively, efficiently, with purpose, and in a meaningful way which doesn’t result in the end of the world, things should return to some semblance of normal in relatively short order.  The choice is ultimately ours, which means we are still in control of our situation even if it appears otherwise.

In the end, neither situation should ultimately end up being a “black swan” event because they are so obvious. If the powers that be haven’t walked through this exercise and determined an appropriate definition of success or acceptable outcome, well, we should appoint new powers that be.

I hope this newsletter finds you and your family well, and may your blessings outweigh your sorrows not only on this day but on every day. Also, please remember to listen to our Trading Perspectives podcast.