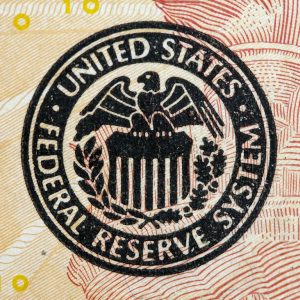 The 3rd Quarter of 2019 was almost a copy of the 2nd, only slightly less so. Both had bad months (August and May) sandwiched in between a couple of good months. However, May was worse than August, and the sandwich months weren’t quite as strong in 3Q as they were in 2Q.

For all the promise of volatility at the beginning of the year, 2019 has been surprisingly calm, or reasonably so. Why? Not much has fundamentally changed.

In fact, all of our favorite bricks in the wall of worry are still there. These are, in no particular order: 1) slowing global economic growth; 2) trade wars with China (and presumably everyone else at some point); 3) Brexit; 4) polarizing US politics; 5) flattening of the US Treasury yield curve, and; 6) the future of US monetary policy.

All in all, the biggest difference between the last four quarters has been the markets’ outlook for future Fed policy.

Interestingly, the economic data doesn’t suggest the need for easier money in the US. The economy has continued to grow a modest, arguably sustainable pace. Even so, the dreaded word ‘recession’ has reared its ugly head, without any support from the economic data. So, what gives?

What gives is interest rates have fallen sharply over the last 12 months, despite continued growth. It is kind of unusual to see the long-end of the yield curve fall significantly without: 1) a commensurate decrease in economic activity, and/or; 2) a significant change in future inflation expectations. To be sure, both have fallen slightly. However, the decrease in rates has been greater than the situation would normally allow.

At this time, Oakworth’s Investment Committee continues to believe US stocks offer the best potential for both absolute and relative return moving forward. Until there is a clear, established trend otherwise, we believe the US economy should continue to expand at a modest pace. Further, despite rate cuts by the Federal Reserve, the US dollar remains the strongest reserve currency. Whew.

It should be an interesting end to the year.