Chief Economist, John Norris, answers the most commonly asked questions of the first quarter of the year.

Q:  Dear John, President Trump has recently been publicly attacking Amazon. What does this mean for the company? What could it mean for the economy? 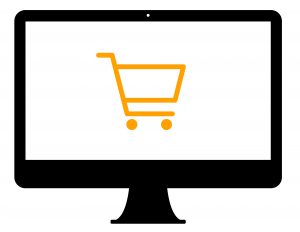 A:  Amazon is the posterchild for the nation’s changing retail landscape, but it is unfair to blame it for the problems at the post office and the so-called retail apocalypse. Just about every producer, wholesaler, and retailer has their own ‘online’ shopping option. As a result, from what I have read, the company accounts for less than half all e-commerce sales and around 4% of all retail. While those are massive numbers, so is our nation’s retail infrastructure. As for the post office, the official numbers suggest the core operating business isn’t the problem. The pesky projected benefit obligations and current pension payouts are. Basically, overhead is the issue, not variable costs.

With that said, Amazon is low hanging fruit for the President. To be sure, it didn’t collect sales taxes for a lot of localities for a very long time. This put a lot of traditional bricks and mortar retailers at a severe disadvantage. While this isn’t necessary as true today as it was five years ago, Amazon has been able to build up some massive economies of scale which puts the squeeze on the proverbial little guy. I guess  the argument could be: Amazon probably wouldn’t be what it is today if it had always had to play by the same rules as mom & pop. Perhaps, and I probably wouldn’t argue too passionately for either side. Still, the company didn’t turn a profit for years, and even today has an operating margin less than 3%. If all the company did was sell stuff, it wouldn’t look all that great.

At the end of the day, and to finally answer the question, I am not sure what the President’s comments about Amazon mean for the company. With what public information we have, it doesn’t seem as though the Justice Department would have an actionable case against the company if it ever came down to it. As for the economy? Well, as long as the war with Amazon is with words,  and words only, the conjecture and mental gymnastics will be far more entertaining than the reality.