Would you consider yourself an optimist or a pessimist? Do you see the glass as half-full or half-empty? Are unforeseen setbacks problems or opportunities? Do you find silver linings or dark clouds? Or do you just keep your head down, don’t ask any questions, and just hope no one asks you any?

The reason I ask this is because this morning the Bureau of Labor Statistics (BLS) released ‘The Employment Situation – August 2021,’ and how you view the world will skew the way you interpret the report, in a major way.

I will be blunt, the headline jobs number was shockingly bad. By that I mean it was way off analysts’ estimates, by a mile, some 3.5 standard deviations to the left. The “Street” had estimated the US economy would create 733K net, new payroll jobs during August 2021. However, the BLS reported total nonfarm payroll employment rose by only 235K. Shoot, the lowest estimate in the Bloomberg survey was 400K, the lowest! 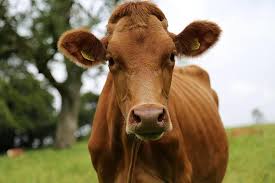 After all, not so long ago, the Department of Labor (DOL), of which the BLS is a part, announced there were over 10 million job openings in the economy. This was easily an all-time high! According to the DOL, there were 1.153 million available jobs in ‘retail trade,’ another 1.502 million in ‘healthcare & social assistance,’ and a whopping 1.438 million openings in ‘accommodation & food services.’ Combined, that is some 4.093 million potential paychecks just waiting to be had.

The pundits will have any number of different reasons why this report was as disappointing as it was, and much of it will undoubtedly focus on the COVID Delta Variant, and how its spread has slowed down “re-openings” and the like across the country. Perhaps this is the case, however, I see ‘job wanted’ posters and/or placards on pretty much every grocery and restaurant I enter around here. Even more, employers are taking out billboard space promising inflated hourly rates and even signing bonuses for unskilled and semi-skilled labor. So dire is the shortage for these workers around here, one pizza joint owner in Homewood, AL, was in the media saying he would literally hire anyone, anyone, who could fill out an application form.

So, again, why does this happen? What is going on here?

This is the point in the program when we shift the discussion from the so-called ‘Establishment Data’ to the ‘Household Data,’ which paints a slightly less ugly picture. You see, the BLS has two surveys, one which focuses on corporate HR departments and another which tracks actually US households. Over time, the two will tend to converge. However, there are times when they diverge, as they have recently.

According to the Household Data, the economy created 509K jobs last month, and the official Unemployment Rate fell from 5.4% to 5.2%, which is the lowest since the start of the pandemic. While that job growth number is still slightly less than the Bloomberg survey estimate, it is more than double the headline Establishment total. Further, while still somewhat elevated, there has been a sharp decrease in the official Unemployment Rate amongst workers who have ‘less than a high school diploma’ and ‘high school graduates, no college.’

Confusing, isn’t it? How, one survey suggests job losses in lower skilled occupations and the other shows pretty substantial growth? After all, those two groups, the lowest by educational attainment, accounted for 568K of the 509K jobs created in the Household Data last month.

So, the BLS is giving us a somewhat confusing look at the labor markets: is the glass half-full or half-empty?

I think a huge part of the problem are these weird times in which we live. Specifically, I mean these weird times in which the government, in all its many forms and guises, has really confused the heck out of things with its pandemic relief schemes. Do you tell the folks conducting the survey the truth? Which could impact some handout in some way? Are Establishments paying employees ‘under the table’ so they won’t lose the additional unemployment benefits? Technically employing people, but not creating actual payroll jobs? Are lower skilled workers churning their employment in an effort to be both part of the labor markets and still receive additional benefits?

Listen, I don’t know how exactly how the game is played, but do know it is being played…because it always has. Right now, there just happens to be a little more, shall we say, skill in the game than prior to the pandemic. To be sure, the largesse isn’t quite as great as it was, but it is still there.

This takes me to main point for today: we will have a better understanding of the underlying strength of the US labor markets after September. Hopefully, the Delta Variant will have peaked, schools will be open, and those extra Federal unemployment benefits expire, interestingly enough, on Labor Day. Basically, starting next week, a lot of the incentive to confuse the labor markets, and I mean that, will begin to dissipate.

This means, I strongly suspect the two surveys, Household and Establishment, will start to converge with next month’s reading. At such time, we will find the labor markets aren’t as weak as parts of this report suggest. However, they also aren’t as strong as we would like them.

Either way, it puts off, at least for a couple of months, any ‘tapering’ the Fed might consider doing on its balance sheet. In other words, this somewhat disappointing report, although not as bleak as it would appear, pretty much guarantees the Federal Reserve will continue to fill up its punch bowl, as it has been doing, probably through the end of the year, at a minimum. That, my friends, is good for paper assets and investment portfolios.

I suppose that means, at least for today, I am viewing the glass as half-full.

Take care, have a great long weekend, and be sure to listen to our Trading Perspectives podcast.