As the last several weeks have demonstrated, the current economy and markets are not for the faint of heart. We will continue to see volatility, which will be exceedingly unpleasant at times, for no other reason than the current economic expansion and Fed tightening cycle are getting a little long in the tooth. Or in a tip of the cap to the baseball playoffs, perhaps I should say we are entering the latter innings of the ballgame.

This is an apt analogy for the state of things.

When I say something like ‘latter innings,’ people understandably assume I mean we are near the end of the game. As such, recession and doom are soon to follow. Right? As Lee Corso might say, and I understand I am mixing sports here: “not so fast my friend.”

Just because we have entered the latter innings does NOT mean there isn’t a lot of ‘game’ left to play. While a standard contest lasts 9 innings, the longest official one in MLB (Major League Baseball) history was a 26-inning tie, yes a tie, on May 1, 1920 between the Boston Braves and Brooklyn Robins. Further, from what I have read, somewhere between 8-9% of MLB games go into extra innings. 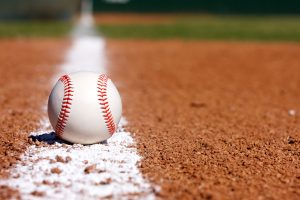 So, just because we may have entered the 7th inning doesn’t mean we won’t be playing for a while longer. It simply means each ball, strike, out, hit, error, and run will carry a little more gravitas or urgency, if you will. You might say there will be less room for error, no pun intended, from this point moving forward.

To be sure, a lot of folks are worried about midterm elections, trade wars, and a litany of other bricks in the proverbial wall of worry. All of them are valid. Worst case scenarios can and do happen. However, the best way to stop the US economy is to derail, deter, or otherwise disrupt the extension of credit and money creation in the financial system.

The best way of doing that is tightening US monetary policy. As we all know, the Federal Reserve is in charge of that.

Right now, due to a variety of factors, namely raising the overnight lending target and unwinding the several quantitative easing programs (albeit at a slow pace), the growth in the most oft-used measure of the money supply, M2, has slowed from a 6-7% annualized rate to closer to 4%. Unless everything we currently believe to be true kind of isn’t, it is hard to envision a sharp acceleration in inflation and economic activity as the amount of money floating about increases at a decreasing rate. Please note I used the word sharp, and for a reason.

There is NO reason the US economy can’t continue to grow with the money supply growing at 4%. If the economy is growing, the markets should be okay. However, neither will do as well as they would if M2 were increasing at an increasing, but sustainable, rate. With that said, the margin for error is obviously less than it was.

We will be keeping an eye on this and should the money supply start to actually shrink, well, we will start heading for the exits at that point. Game called on account of wet blanket, or something along those lines.