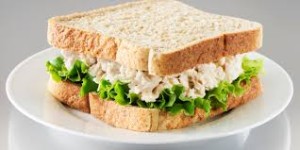 This week, the European Commission (EU) ordered Apple, Inc., to pay the Irish government $14.6 billion in back taxes it claimed the company owed. Interestingly, the Irish weren’t asking for the money, quite the opposite. They were actively arguing otherwise. However, the powers that be, and in Europe there are a lot of them, determined a tax deal the country made with Apple amounted to an illegal state subsidy, and, therefore, was anti-competitive.

Make no bones about it, the whole thing was a tax avoidance scheme from the get go. No one can sensibly argue otherwise. Apple wanted to sell products in Europe, and didn’t want to pay significant US taxes on profits it made overseas. While they were at it, why not get a little something out of the Irish who wanted the company to set up shop in Cork?

We can debate the ethics or morality of this until the cows come home, but it won’t change the following: a deal with a sovereign entity is a deal with a sovereign entity. A contract is a contract, and one of the best ways to foster economic growth is the adequate enforcement of contracts and property laws. If the Irish government can’t hold up its end of a deal, good or bad for the Irish people, is it really sovereign? So, are any EU nations truly sovereign if a commissioner in Brussels can invalidate their contracts?

That is the real issue here, and not whether Apple swipes a check for roughly $15 billion. It can do so tomorrow, and not be that much worse for the wear. But what type of precedent does this set in Europe? …Read On…