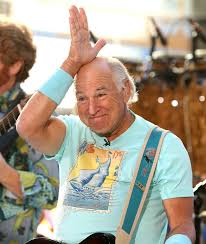 Years ago, I was a pretty big Jimmy Buffet fan. I went to concerts, I bought albums, and I knew every word on “Songs You Know By Heart.” While I am no longer a pseudo-Parrothead, that album is still a pretty good choice for a sunset happy hour during warm weather months, if not the best. For my money, its only real competition is the Bob Marley & The Wailers compilation “Legend.”

One afternoon during my junior year in college, a group of us were playing spades and listening to music on our patio. Someone suggested we listen to Buffet, and put in the, then, relatively recent “Floridays.” I had yet to hear this particular album, even though it was a couple of years old, and was excited to do so.

After Side 1, the guy whose cassette tape it was asked me if I liked it. I answered him truthfully: “It’s okay. It sounds like Jimmy Buffet is trying really hard to be Jimmy Buffet.” To this day, I haven’t purchased another new release from the man, and haven’t been to a concert since the Off to See the Lizard tour in 1989. In truth, he doesn’t come here every year any longer, and tickets were astronomical the last time he did so.

You might think it weird I remember my reaction to a Jimmy Buffet album from 28 years ago, and I guess it is. However, the reason why it still stands out is I was disappointed to realize my favorite musician wasn’t really a musician, at least not in truest sense. He was a brand, and a massive money making one at that. I had reached my saturation point, and was tired of making him rich.

While bully for him, it was kind of like finding out about Santa Claus. …Read More…