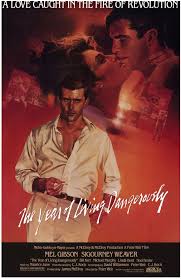 I am not sure it is because I have been doing this for as long as I have or because it really is the case, but the data is starting to look the same to me. I say this, because after reading this morning’s Employment Situation report for November, I had to wonder: is that all you got? It was as if the Bureau of Labor Statistics (BLS) had somehow ‘phoned it in.’

In fact, it reminded me of a scene in a somewhat obscure movie entitled “The Year of Living Dangerously.” Granted, it isn’t for all tastes, unless those tastes include giving a care about an aborted communist coup in 1960’s Indonesia. However, if you have seen the movie, you might remember a scene when the Mel Gibson character phoned in his report about Indonesian strongman Sukarno to his bosses back in Australia. It goes something like this:

“In short, Jakarta is a city where the questions outnumber the answers, but one thing is certain: that Sukarno’s tightrope shuffle between the Communist P.K.I and the right-wing military is looking more precarious as the hours tick by. This is Guy Hamilton in Jakarta for A.B.S. News.

What do you mean?

You could have written that from here.

What about the tightrope image? Everyone else thinks Sukarno is in control.

Guy, that wasn’t news. It was travelogue. Sydney out.”

While this morning’s report might not have been actual travelogue, I feel as though we have all been down the same road many times. In case you were wondering, I am not going to quote Robert Frost at this time. After all, he took the road not taken. …Read More…