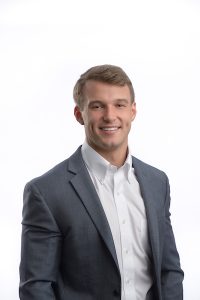 One of the biggest, and strangest, stories in the news has been negative oil prices. By negative, I mean literally negative, as in less than $0/barrel. With demand for everything slowing considerably, consumers and suppliers have not been consuming as much oil. By oil, I mean gasoline, plastics, paints, rubber, and everything in between.

It is impossible to overstate the impact oil has on our every day lives. Everything from our cellphones, our cars, and much of our clothes would not be possible without crude oil. So, when demand for goods plummets, all types and not just at the gas pump, the price for oil falls with it. This makes sense. But negative oil prices? How is this possible?

The answer is a little more complex than just “folks just aren’t consuming as much.” Consider this: If you own a good or commodity, and believe you can likely sell it for a significantly higher price than you can right now, you might store it. Especially, if you think the current low price is temporary due to an unforeseen outside shock.

Essentially, this is what the oil market and investors have been doing for several months, as prices have been stumbling lower and lower thanks to COVID-19, indirectly at least. Quite literally, oil storage facilities are filling up, and the industry is running out space and barrels to house the current oversupply of crude. Even with a coordinated global cut in production, there is still too much excess oil sloshing around that cannot find a home.

What this means is this: when oil futures contracts, specifically West Texas Intermediate Crude expire, whoever is holding the futures contract must take physical delivery of the oil in a place named Cushing Oklahoma. For many of the major players in the futures market this simply is not possible, folks like exchange traded funds and mutual funds, who prefer to deal in paper assets and not physical ones.

They don’t have the necessary storage or the ability to actually take physical possession of huge amounts, millions of barrels, of crude oil the middle of Oklahoma. This is where negative oil prices start to make some sense. With so much supply and so little physical demand, the holders of these futures contracts were willing to pay someone else to take the oil they would have received. Taking delivery on the oil would have either been impossible or more costly than paying someone else to take it off your hands.

So, what does this mean long term?

Our economy is too dependent on crude oil, and its numerous uses, for demand to remain at these generational lows indefinitely. While a short-term decrease in consumption has stretched the industry’s ability to store this stuff, and crippled prices in the process, reserves will shrink and prices go back up when the economy eventually gets back to some measure of normalcy. This is the reason why crude oil futures contracts several months out are higher in price than current ones, in some cases significantly.

With fingers crossed, in the not so distant future, negative oil prices will be in the rearview mirror riding along side ‘inverted yield curve’, ‘negative interest rates’, and even COVID-19.