This week, Amazon.com CEO Jeff Bezos wrote the following in his annual letter to shareholders:

“Last year, we raised our minimum wage to $15-an-hour for all full-time, part-time, temporary, and seasonal employees across the U.S. This wage hike benefitted more than 250,000 Amazon employees, as well as over 100,000 seasonal employees who worked at Amazon sites across the country last holiday. We strongly believe that this will benefit our business as we invest in our employees. But that is not what drove the decision. We had always offered competitive wages. But we decided it was time to lead – to offer wages that went beyond competitive. We did it because it seemed like the right thing to do.

Today I challenge our top retail competitors (you know who you are!) to match our employee benefits and our $15 minimum wage. Do it! Better yet, go to $16 and throw the gauntlet back at us. It’s a kind of competition that will benefit everyone.”

While Bezos is far from a rookie, it was a rookie mistake, and he should fire the person or staff who wrote this for him. What? How now brown cow?

You don’t have to be a brain surgeon to figure out he was ‘calling out’ Walmart with that little jab in the last paragraph. However, what is the old saying? People who live in glass houses shouldn’t throw stones, or something along those lines? Oh, this was a beach ball floating towards home plate, and Walmart’s EVP of corporate affairs, Dan Bartlett, took a big swing at it with the following on Twitter:

“Hey retail competitors out there (you know who you are ) how about paying your taxes?”

He, presumably Bartlett, attached a link to his tweet which directed readers to a finance.yahoo.com article which skewered Amazon.com. Consider the following:

“While some people have received some surprise tax bills when filing their returns, corporations continue to avoid paying tax — thanks to a cocktail of tax credits, loopholes, and exemptions.

According to a report from the Institute on Taxation and Economic Policy (ITEP), Amazon (AMZN) will pay nothing in federal income taxes for the second year in a row.

Thanks to the new Tax Cuts and Jobs Act (TCJA), Amazon’s federal tax responsibility is 21% (down from 35% in previous years). But with the help of tax breaks, according to corporate filings, Amazon won’t be paying a dime to Uncle Sam despite posting more than $11.2 billion in profits in 2018.

Though Amazon might have taken advantage of new breaks and loopholes available under TCJA, this isn’t the first year that Amazon has avoided paying federal tax. The company reported $5.6 billion in U.S. profits in 2017 and paid $0 last year as well.”

By comparison, Walmart’s 2018 annual report clearly shows a ‘provision for income taxes’ of $4.6 billion for last year, and a whopping $6.204 billion for the 2017 calendar year. I strongly suspect the good folks in Fayetteville, Arkansas, are still laughing about their comeback tweet AND Jeff Bezos is probably calling a staff meeting with his corporate communications people this morning. Frankly, Bartlett made the world’s richest man look like a fool.

What’s more, although Amazon.com raised its minimum wage to $15/hour last October, it eliminated or otherwise phased out some popular incentive pay programs. In an article on October 18, 2018, money.com’s Julia Glum wrote:

“Employees across the country are accusing Amazon of ruining Christmas with its Oct. 2 decision to raise the minimum wage to $15.

Though the announcement was initially lauded by labor advocates, Vermont senator Bernie Sanders and the thousands of people who staff Amazon’s more than 75 fulfillment centers, the details have begun to spark backlash. Among the biggest complaints: Starting Nov. 1, Amazon is ending variable compensation pay — a program many workers rely on to finance their holiday shopping…

Before the announcement, Amazon had a unique pay structure. Employees got restricted stock units, shares that would vest after a certain amount of time at the company, as well as variable compensation pay, or VCP. In non-Amazon jargon, it’s essentially a form of incentive pay. For most of the year, VCP allowed people to make a monthly bonus of up to 8% if they had good attendance and the facility met its goals…

For his part, (the) Midwesterner says he’s insulted by the way Amazon is framing the news as a raise for everyone.

A longtime employee, he says he usually puts VCP into a savings account, which by the end of the year can reach $4,000. He’s shaken by the fact that Amazon would take away VCP right before the time when people need it most, and he thinks Amazon should offer to cover the difference in paychecks for the next few months.

Christmas, and the company culture, are at stake.

“It’s an Amazonian thing: You get your stock, you get your VCP, everybody works for a goal, and we meet a goal,” he says. “Once you take that, you take apart what Amazon’s about.”

Hey, this isn’t some exhaustive investigative journalism on my part. I read the initial article and tweet, and did a couple of Internet searches. What in the world was he thinking? Bezos calling out Walmart about its minimum wage is analogous to Dean Martin commenting on Frank Sinatra’s boozing and womanizing. (For those of you born after 1990, those two were famous entertainers from back in the day noted for being, well, boozers and womanizers.) 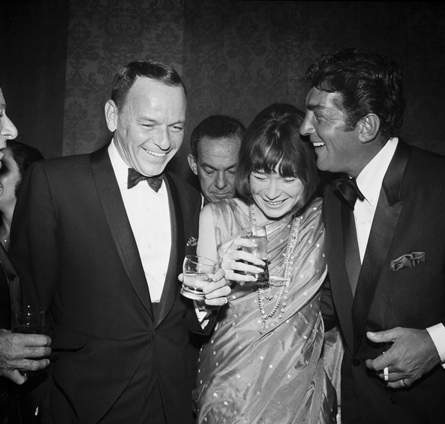 Then there is the very simple and quite obvious fact Amazon.com’s business model is a lot different than Walmart’s, and it isn’t even close. When Amazon is the largest employer in 22 states AND is shelling out $15/hour in places when the market clearing rate is probably closer to $6 (you know who you are), then (and only then) can it challenge Walmart’s compensation policies.

Don’t get me wrong: I am not some staunch supporter of our friends from Northwest Arkansas. To be sure, we own some shares in a few client accounts, but we aren’t major buyers of the stock, we don’t make a market in it, and it isn’t (and has never been) in our ‘strategy’ accounts. However, I am not a real big fan of sanctimony, and it doth appear our boy Bezos was being sanctimonious.

Finally, on this particular issue, IF Mr. Bezos is so concerned with Walmart’s minimum wage, perhaps he could peel off a few of his (remaining after his divorce) 59+ million shares of his company to help a brother out, if you catch my drift. Shoot, he could give every Walmart employee in the US 20 shares of AMZN (roughly $37,000) and still be worth in excess of $50 billion (based on today’s stock price). Minimum wage? What’s that?

Again, I imagine someone in corporate communications at Amazon.com probably isn’t having a very good day today. Whew.

In case you are wondering why I have railed against the CEO at Amazon.com, our podcast on Monday is about our society’s current fascination, if not preoccupation, with so-called corporate social responsibility. This WILL be a major issue leading into next year’s elections, and the proverbial snowball is going downhill pretty rapidly. What is corporate America doing about a myriad of weighty societal problems or perceived societal problems?

I would suggest THIS is the reason why Jeff Bezos is publicly criticizing his retail competition about its pay structure(s). He, or his corporate communications staff, wants to appear to be at the vanguard of societal change in the United States. I imagine this in an effort to deflect criticism and greater governmental scrutiny. However, the problem with bragging about what you have done is it shines light on what you haven’t done…particularly in today’s climate.

As such, corporate CEOs would be very wise to simply stick to the facts about their own company’s performance and the execution of its business model. Don’t comment or have public opinions about what the competition is doing or not doing; it doesn’t matter. Don’t crow something, anything, if the sole purpose is currying favor in the court of public opinion; it will backfire. After all, the mood and tone, the current zeitgeist if you will, seem to be decidedly anti-corporate. In such an environment, corporate America needs to be mindful of dotting all Is, crossing all Ts, answering questions directly, and performing at a high level. For all intents and purposes, put up and shut up.

After all, good things tend to eventually happen (for and in society) when companies make a lot of money, and that is the ultimate job responsibility of any CEO.