If you follow the financial news, you might have recently read something about a “yield curve inversion,” and what that might mean for the economy. This is when shorter-term interest rates are higher than longer-term ones, which isn’t usual. Think about it. The bank doesn’t pay more for your deposits than it charges on your mortgage, does it?

That last sentence is the reason why yield curve inversions have historically been anathema to economic growth. Why? Because no self-respecting bank is going to load up its balance sheet with a bunch of loans which earn less than the cost of funds. That sort of thing will give you a ticket to the alms house which is located on the road to ruin.

Basically, when the yield curve inverts, banks don’t make as many loans, especially longer-term ones. When this happens, the money supply stagnates, companies put projects on hold, and economic activity stalls. Hopefully, this makes some sense.

So, since we are reading about yield curve inversions, does that mean the economy is about to go kaput? That banks will quit extending credit? That it is time to load up on packaged foods, ammunition, and firewood? Is hell coming to breakfast, as Chief Dan George said in “The Outlaw Josey Wales”? 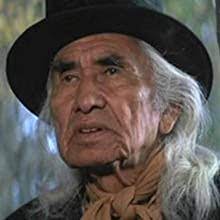 In two words: slow down. As I am prone to say, inverted yield curves have predicted ten of the last four recessions, which is only slightly hyperbolic.

The primary reason why I am not yet losing sleep about how the current 2-Year US Treasury Note has a higher yield to maturity than the 10-year is pretty simple: banks have a ton of cash on their books, and they aren’t paying squat for it. A secondary reason is the spread between overnight money, the Fed Funds target rate, and the 2-Year Note is extremely wide. As in 2.7 standard deviations to the right of the 32-year median wide.

As such, banks have a powerful incentive to issue credit, since they still make a lot more money by making loans than letting it sit in idle balances at the Federal Reserve. I can’t stress that strongly enough. Further, my logic thus far assumes banks only make ‘fixed-rate’ loans, which is far from the truth. They make literally trillions of dollars of ‘floating rate’ loans, which they price off predetermined benchmarks like LIBOR, Prime, and others.

This is important because these types of loans are more directly correlated to the overnight cost of funds. For instance, Prime has been 300 basis points above the Fed Funds target rate for decades. So, when the Fed raises the latter, banks will make more money on the loans they have priced off Prime. The same could be said for, say, 3-Month LIBOR.

To be sure, an inverted yield curve has been a characteristic of every ‘normal’ economic recession or depression with which I am aware, usually preceding it. So, I am not trying to be as cavalier as it may seem. With that said, while I am not prone to saying things like “this time is different,” I might suggest “this time is less like last time than is usual.”

Something along those lines.

Again, it all goes back to the sheer volume of cash floating around, and the continued incentive banks have to make quality loans. That is the meat of the matter. However, there is something else happening in the financial system which is a little more difficult to explain.

For some reason, the cost of money in the US economy (interest rates) has become detached from the Consumer Price Index (CPI), otherwise known as inflation. Let’s think about this. How is it the trailing 12-month CPI is at a 40-year high of 7.9%, and yet the yield to maturity on the 2-Year Treasury is 2.43% as I type at 10:52 am CDT on April 1, 2022? It is hard to fathom.

To be sure, I could bloviate some rationale like the Federal Reserve has artificially depressed yields across the curve by adding to its balance sheet through ‘quantitative easing.’ That is a completely accurate statement. However, why the rest of the economy decided to ignore inflation in the lending process is really anyone’s best guess. This is important.

Regardless of the reason why the correlation between inflation and interest rates appears to have broken down, it is what it is. How is that for complicated economics jargon? Just because it doesn’t make a lot of sense doesn’t mean it isn’t the case. You could say the same about the Kardashians’ fame.

Where the rubber meets the road, money is incredibly cheap in the US economy, and will be for the foreseeable future. This is in both absolute and relative terms. As such, despite the recent uptick in rates, as well as inversions on parts of the yield curve, the absolute cost of funds for most borrowers is extremely reasonable. Further, again, banks have a lot of cash and a powerful incentive to continue lend money on the curve for some time.

Yep…that about sums it up for now.

Moving forward, we will have to see just how aggressive the normally dovish Jerome Powell Federal Reserve will be in trying to tackle inflation by tampering with the overnight rate. It has a ways to go before money is expensive.

Thank you for your continued support. As always, I hope this newsletter finds you and your family well. May your blessings outweigh your sorrows not only on this day but on every day, and may the conflict and bloodshed in Ukraine end quickly.

Please note, nothing in this newsletter should be considered or otherwise construed as an offer to buy or sell investment services or securities of any type. Any individual action you might take from reading this newsletter is at your own risk. My opinion, as are those of our investment committee, is subject to change without notice. Finally, the opinions expressed herein are not necessarily those of the rest of the associates and/or shareholders of Oakworth Capital Bank or are the official position of the company itself.