This week, the members of the US Women’s National Team (USWNT), soccer, filed a discrimination lawsuit against the US Soccer Federation (USSF) over the disparate pay between the USWNT and the US Men’s National Team (USMNT). The complaint in the United States District Court for the Central District of California – Western Division is 24 pages long, and has something along the lines 41 complaints. As with any legal complaint or legislative resolution, you can sometimes feel the writer’s passion in the words on the page.

You don’t have to be a huge soccer fan to know the USWNT is one of, if not THE, dominant female soccer teams on the planet. All you need is a pulse. It has participated in every FIFA Women’s World Cup since its inception, 1991, winning it 3 times and finishing no lower than 3rd. It has also qualified for every Olympic tournament since women’s soccer became a medal sport, 1996, winning the gold 4 times, silver once, and finishing a disappointing 5th place in 2016. Finally, it has won every CONCACAF Championship and Gold Cup (North and Central America) in which it has participated, save a 3rd place finish in 2010.

Conversely, the USMNT is to global men’s soccer as maybe the South Carolina Gamecocks or UCLA have been to college football in recent memory. These are mid-level programs which can occasionally surprise an unsuspecting ranked opponent. However, neither are in the discussion for the national title nor mentioned in the same breath as teams like Alabama, Clemson, Ohio State, or even, dare I say, Notre Dame. Even so, that doesn’t stop their supporters from beating their chests at the beginning of each season. This is a mystery to other college football fans.

The USMNT’s best finish in a FIFA World Cup is a 3rd way back in 1930. Since then, it has finished no higher than 8th, and failed to even qualify for 11 tournaments, most recently in 2018. It never finished higher than 8th in the Olympics when it participated, and the US men’s national U-23 team (which now competes) has never done better than a 4th in 2000. With that said, it DOES compete very favorably in the CONCACAF Gold Cup where its only meaningful competition has been, and should be, Mexico.

Make no bones about it, when you compare the two teams’ achievements, the USWNT makes the USMNT look like chumps. Still, consider these items listed under ‘Factual Allegations’ in the lawsuit/complaint.

To be sure, and I have no reason to doubt the veracity of these allegations, this doesn’t meet the proverbial smell test, does it? Why in the world, would the USMNT get performance bonuses totaling $5,375,000 for finishing a somewhat pedestrian 16th in the 2014 FIFA World Cup, when the USWNT got a bonus pool of only $1,725,000 for winning the 2015 FIFA Women’s World Cup? Winning it, for goodness sakes!

Well, this is where our heartstrings and innate sense of fairness will struggle with economic realty.

You see, the USMNT’s take of the prize purse for its 16th place finish in the 2014 FIFA World Cup was an astonishing $9 million. That’s right, it took home $9 million for losing in the 1st round of the knockout stage to Belgium, which hadn’t qualified for the prior two World Cups. What’s more, this was the second consecutive World Cup the USMNT received $9 million for being eliminated in the Round of 16. In 2010, it lost to Ghana, yes Ghana. If that isn’t amazing enough, it got (if I did my Swiss franc conversion correctly) around $1.65 million just for making the 2006 FIFA World Cup, and getting ousted in the group stage. 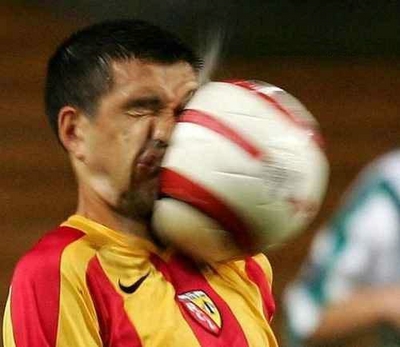 What’s more, the USMNT would have collected $8 million had it only qualified for the 2018 World Cup! $8 million! That is what that absolutely pitiful loss to Trinidad on 10/10/17 cost the USSF, at a minimum, and I mean it was an outrageously bad effort. I almost drank a beer just so I could throw the bottle at the television.

Conversely, the USWNT took home $2 million for winning the World Cup in 2015. Further, from what I can easily glean, its collective total purse for ALL its FIFA Women’s World Cup success is roughly equal to what the USMNT got just for its Round of 16 finish in 2014. In no uncertain terms, and there is no subjectivity in this next statement, the USMNT’s prize money for its relatively pedestrian World Cup play completely and absolutely swamps, I mean not even on the same ledger, that which the USWNT has taken home.

In no uncertain terms, at least in regards to the FIFA World Cup(s), the USMNT stands to make significantly more money than the USWNT, regardless of final outcomes (assuming both squads make the tournament). To that end, the men can come in dead last out of 32 teams (in any given World Cup) and STILL take home roughly 4x the prize money the women would make by finishing first!

Before any shrill cries, the problem here is the USSF doesn’t control FIFA or the prize money associated with any individual World Cup, regardless of gender. It doesn’t negotiate the World Cup contracts or negotiate sponsorships and endorsements for the things.

Consider this from Forbes in regards to the most recent (men’s) 2018 FIFA World Cup, written prior to the tournament:

Clearly, these numbers are staggering, and drive home an uncomfortable truth: men’s soccer/football is THE most popular, most watched, sport on the planet, and is much larger than the USSF itself. There is just simply more money floating around the men’s game on a global basis, and even here at home. To that end, um, I don’t have the space to list all of this out, so I am just going to list a few URLs, and you can decide whether your want to pursue them:

While I can’t guarantee the accuracy of the data from these websites, I have no reason to doubt it either. It suggests: outside of a World Cup Final, the USMNT is a better draw for ‘similar’ events than the USWNT, by a pretty decent margin, in aggregate. Also, you have to consider the numbers from those articles are from a year when the USMNT didn’t qualify for the world’s biggest individual sporting event and one in which the USWNT won the CONCACAF Women’s Championship to qualify for the 2019 World Cup. Interestingly, the men still outdrew the women on a per game average basis.

With that said and with this information aside, none of this takes away from the USWNT’s achievements. Perhaps it IS a little odd the viewing public would rather watch a ‘middle of the pack’ men’s team play soccer than a championship caliber woman’s team. However, because we apparently do in the US, let alone the remainder of the world where the disparities are severalfold greater, the men’s game over an entire ‘cycle’ will generate more in revenue…even if there might be yearly vagaries. IF the men qualify for a World Cup, the numbers just get larger.

As such, and this is where it would be wise, the USSF should keep two sets of books and negotiate different endorsement, licensing, television, and sponsorship contracts for the two different teams. In essence, it should break itself into two divisions, or even two separate legal entities, based on gender. After it does this, it should develop the exact same formula for payments to coaches and players, the exact same. For example: players and coaches will receive X percent of trailing 4-year revenue not to be below or above X percent of the value of any foregone salary for playing for the national team; any World Cup bonus pool will be X percent of FIFA payout to USSF/entity, etc.

I mean keep it completely separate and quantify the heck out of it. The ladies have their pot of money and the men have theirs. The USSF will pay it out to the respective team members using the exact same formulas. What could be fairer…even if the end outcome in dollars and cents might not seem that way?

Perhaps this is the only way the USSF will be able to settle this moving forward given the vast discrepancy between the on-field performance of the two teams. Based on results alone, the USWNT should make many multiples more than the USMNT, not the other way around. That OR maybe the men could perform a little better than they have. Perhaps they could beat a vastly inferior Trinidad team when a minimum of $8 million is on the line. After all, their piddling performance ain’t due to a lack of money as the lawsuit clearly suggests.

You know, perhaps that is the biggest takeaway from this. Yes, and I think we can all agree, the economic reality of the situation is the economic reality, and it stinks for the USWNT. However, IF the USSF and the USMNT don’t want to get called out on the carpet about pay every few years by the USWNT, let me give the boys/men a piece of advice Al Davis might have given them: “just win baby.” That’s the ticket: just win baby, because the ladies just called you out boys.

Hey, if the men can’t or don’t or won’t do better, the women should ride them like a rented mule until they do. Given the $38 million 2018 World Cup winner’s prize, there is plenty of financial incentive to do so AND there should be plenty of money to go around for everyone all of genders.

The opinions expressed within this report are those of John Norris as of the date listed on the first page of the document. They are subject to change without notice, and do not necessarily reflect the views of Oakworth Capital Bank, its directors, shareholders, and employees.