Over the next 18 months, we, the general public, are going to get a heaping helping of discussion about something called ‘Modern Monetary Theory’ (MMT). This is a macroeconomic framework which leftist economists and politicians have brushed off to explain how the country is going to pay for some of the more extreme societal programs currently on the table. But what exactly is it?

Let me give you what Investopedia.com says is the ‘central idea of MMT,’ so no one can accuse of purposefully ‘getting it wrong’ or being deliberately obtuse:

“Modern Monetary Theory (MMT) is a heterodox macroeconomic framework that says monetarily sovereign countries like the U.S., U.K., Japan and Canada are not operationally constrained by revenues when it comes to federal government spending. In other words, such governments do not need taxes or borrowing for spending since they can print as much as they need and are the monopoly issuers of the currency.

The central idea of MMT is that governments with a fiat currency system can and should print (or create with a few keystrokes in today’s digital age) as much money as they need to spend because they cannot go broke or be insolvent unless a political decision to do so is taken.”

Basically, and I am sure an MMT proponent would take issue with the simplicity of my next statement, the government can and should adopt whatever social program it so desires as it can simply print the necessary funds to pay for it. Down in the weeds of the theory, government deficits go ‘hand in glove’ with household savings rates (ex investment), so the two should wash each other out or largely offset. Progressive tax policies can take care of any shortages or overages.

Hmm. The government spends more, taxes more, but society still saves more, meaning there isn’t an appreciable difference in cash actually being deployed in the economy. As a result, inflation remains in check, or something along those lines.

In theory, I suppose this makes some sense at some sort of macro level, and advocates point to Japan’s massive public debt burden AND the use of various quantitative easing schemes by G-7 countries after the global financial crisis as proof they are onto something here. Hmm. You know, if does seem as though central banks flooded the world with cash back in the day and things didn’t fall apart. Again, hmm.

I suppose you can say: “when in doubt, print it out.” But will it work? That is the great thing about theories, they always work…in theory.

Consider two men, one extremely underweight, literally on the brink of starvation, and the other excessively overweight to the point of immobility. You have the ability to provide an unlimited supply of roasted chickens and mashed potatoes to one or the other. Which one gets them, albeit this isn’t necessarily the healthiest diet for either?

To be sure, you could point to the morbidly obese man and say: “this person has had such things his entire life, and look at him now! He is still alive, is he not?” This would be completely accurate, but would it tell the entire story? Further, would this line of reasoning change to whom you gave the food, when one clearly needs the sustenance more than the other? Probably not. To that end, pointing out Japan hasn’t collapsed isn’t inaccurate, but it IS misleading, at least economically.

Essentially, per capita, the Japanese economy is worse off today than it was prior to the central government’s profligacy after that country’s financial crisis in the early 1900s (and continuing today). Is Japan still wealthy? Is it still a major economic power? Is it still sovereign? The answers to these questions are clearly yes, but is Japan what it was back in the 1980s?

I will let you decide that for yourself, but I know my answer. 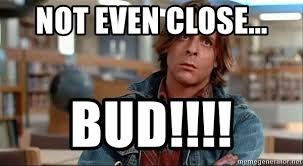 As for the argument about how quantitative easing programs haven’t led to inflation and economic collapse, MMT proponents are arguably right for the wrong reasons. You see, the Fed didn’t buy a whole bunch of Treasuries securities for the expressed purpose of financing a sudden surge in deficit spending. Laughingly, that was just a welcome side effect.

In truth, central banks undertake quantitative easing to KEEP inflation from falling below a certain benchmark, as well as providing additional liquidity to a stressed financial system to KEEP the money supply from shrinking. Further, simply bloating the central bank’s balance sheet doesn’t necessarily mean the extra liquidity will make its way into the economy in a meaningful way. Further, NO central bank has argued it intends, or ever intended to bloat its balance simply to fund its company’s Treasury.

To that end, a study by the Bank of England suggested quantitative easing led to lower interest rates, which propped up asset prices, including real estate and stocks. This, then, kept younger people from home ownership for a longer time than ordinary, inhibiting their ability to generate equity and access credit. Therefore, you can argue quantitative easing disproportionately benefitted the wealthy (who already assets), widening an already wide wealth gap. Further, and this is just math, a 10% market increase on a $1 million portfolio is a whole heckuva lot more money, in absolute terms, than on a $10,000 one…if you catch my drift.

Essentially, while it didn’t lead to consumer inflation, quantitative easing DID lead to inflation, namely asset inflation, as well as an increasing belief the system is rigged. Unfortunately, I get it. Then there is the question: “what would have happened IF the world’s central banks not done any quantitative easing?” Aha, there is a good question.

In truth, we could argue until we are blue in the face about Japan, global monetary policy, and massive deficit spending until the cows come home and probably never come to an agreement. However, history does suggest something: using the printing press to pay bills, not sit in excess reserves at primary dealers in the financial system, doesn’t ordinarily turn out terribly well.

History is filled with examples of what happens when governments does this. Most folks know what is currently going on in Venezuela, might have heard about the problems in Zimbabwe not so long ago, and probably read about the hyperinflation in Germany after WWI in history class. Those are but a few, but the result is usually the same. Massive amounts of societal and economic upheaval, but NOT necessarily immediate political change…if any at all.

So, going back to the start, what happens when, as I put it: “The government spends more, taxes more, but society still saves more (less investment), meaning there isn’t an appreciable difference in cash actually being deployed in the economy. As a result, inflation remains in check, or something along those lines.” I will give you a second to think about it.

Okay, here we go: G (government spending) becomes a bigger component of the C+I+G +/- NE equation for Gross Domestic Product (GDP). This is almost by definition as it spends more, the consumer is spending less as it is saving more, and I also shrinks as household cash savings increase at the expense of long-term investment (due to higher taxes). As a result, G grows at the expense of C & I, the private sector. As G grows due to society’s inability to stop it (or unwillingness), it ultimately swamps the GDP equation leading to a more command economy.

THAT is the overwhelmingly likely and ultimate outcome of MMT: government control of the means of production and capital. Expropriate the expropriators, y’all! There is no way around it, and that is only IF MMT doesn’t cause an economic and/or societal collapse prior to that…which the history books suggest will happen if a central government resorts to the physical creation of money simply to pay its bills.

Then of course, you could argue I am fighting theory with theory, and you would be right. However, I don’t have a political agenda and I am not running for public office.