In March 2020, my wife, Margaret, and I celebrated our 25th wedding anniversary and we had planned to celebrate with a vacation to Italy. Needless to say, that trip was postponed – several times.

The trip finally happened a few weeks ago, and I promised Margaret that I was going to truly “unplug” for the entire nine days of the trip.

The previous several weeks in the markets had been very busy, and it felt like the week I was going to be away should be “relatively” quiet.

After a great trip, and a long flight from Rome to DFW, I turned on my phone at the Dallas airport to catch up on the news of the week. With no impactful economic releases or corporate earnings missed the past several days, what could have changed?

Apparently, quite a bit.

Article after article referenced the comments from the chairman of the Federal Reserve from his Jackson Hole speech. Some of the headlines that popped up on my phone included:

Apparently, I did not pick a great week to unplug after all. The optimism that was building just nine days before seemed to be gone.

The Federal Reserve has two mandates: maximum employment (jobs) and price stability (inflation). With inflation levels near 40-year highs, coupled with a historically low unemployment rate and over 11 million job openings last month, it should be clear where the Fed needs to focus their attention.

After reading the highlights from Mr. Powell’s remarks, I started to wonder what the markets expected him to say. As I mentioned earlier, the CPI report from July was lower than expected and that brought optimism that we had seen the peak of inflation. Should Mr. Powell now say that we have one good data point on inflation, so we can now stop raising interest rates? Some “experts” were hoping that Mr. Powell would say that the Fed may lower interest rates next year. That was never going to happen. This would be like telling a student who gets an A on their first weekly quiz at school that they are obviously an expert on the subject matter and they don’t need to waste any more time studying.

One data point is not a trend. If we were to get four or five more inflation readings that show inflation levels continuing to come down, the Fed may start to change their outlook. 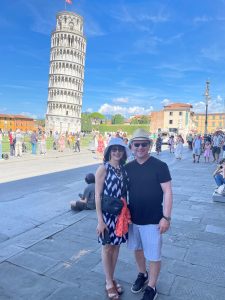 The reality is that we are in the exact same position today that we were the day before my anniversary trip to Italy.

We are at a quiet point when it comes to economic data, and the markets need to focus on something.

Right now, that something is listening to members of the Federal Reserve talk about the economy. Until we have more evidence that inflation is continuing to fall, members of the Fed can’t say anything other than what they are saying right now. One week later, fundamentally, nothing has really changed.

And yes, the tower is still leaning.

I hope everyone has a relaxing, long holiday weekend. Thank you for your continued support! 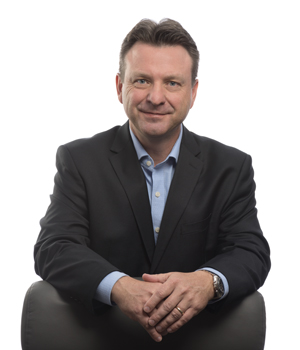 Please note, nothing in this newsletter should be considered or otherwise construed as an offer to buy or sell investment services or securities of any type. Any individual action you might take from reading this newsletter is at your own risk. My opinion, as those of our investment committee Investment Committee, is subject to change without notice. Finally, the opinions expressed herein are not necessarily those of the rest of the associates and/or shareholders of Oakworth Capital Bank or the official position of the company itself.