This morning the Bureau of Labor Statistics (BLS) announced the US economy created 245K net, new payroll jobs during November. Ordinarily, that would be a pretty good number, great even, for one month. However, as we all well know, this is not an ordinary year.

As I told our client advisors on our daily, morning call: “I won’t put lipstick on a pig; this wasn’t a great report.” First, the markets had been expecting payroll creation of closer to 450-600K, depending on the survey. Obviously, that was a miss, and a pretty big one as far as this release is concerned, even if it is statistically insignificant when compared to the sheer size of the US labor markets.

Further, although the Unemployment Rate fell to 6.7% from 6.9% in October, which looks good on paper, this was due to a sizable 400K Americans opting out of the workforce last month. Remaining, if you aren’t looking for working or otherwise participating in the workforce, the BLS doesn’t include you in their calculations. As a result, we could have an official Unemployment Rate of 0.0% and not have any jobs at all, if only no one wanted one. Have you ever been to a retirement community? No one is employed, but no one is unemployed either.

If this seems confusing, it is. The BLS has two surveys: 1) the Establishment Survey contacts employers, and; 2) the Household Survey covers individuals. The official payroll number comes from the former, and the Unemployment Rate from the later. As such, get this: while the Establishment Survey tells us the economy added 245K folks to payrolls last month, the Household Survey suggests we actually shed 74K jobs.

Why two? While the Bureau has an official explanation, I have always likened it to the scene in Animal House when the John Belushi character is passing out pledge pins and nicknames:

Hey, I have been doing this stuff for the better part of 3 decades, and am used to the quirks, nuances, foibles, and head-scratching involved with government economic data. What is the old expression for when you need to reserve some measure of judgment? Take it with a grain of salt? If so, sometimes you need to take some of these reports with at least two grains of salt, at least two.

As fascinating as I might think this morning’s Employment Situation report is/was, I would be remiss if I didn’t mention the question folks have asked me the most this week, and it isn’t even close. Yesterday, I got it 3 different times (and in 3 different ways), and I paraphrase: “what do you think about Bitcoin (cryptocurrencies)? It is a currency or a speculative investment?”

Pretty good question, huh? My answer(s) were essentially the same.

Two necessary characteristics of a currency are: 1) it is a commonly accepted method of economic exchange, and; 2) is a relatively predictable store of value. Bitcoin, and other cryptocurrencies, don’t neatly fit either of these two. Certainly, some outlets, merchants, individuals, and what have you will accept Bitcoin as a form of payment, but I still can’t go to my local grocery or gas station and do so. Oakworth pays me in US dollars, and I pay my taxes in the same. Then, there is the simple fact cryptocurrencies have rallied like gangbusters this year, with Bitcoin up over 150% YTD through this morning and the somewhat lesser-known Ethereum up over 350%. Hey, man, I love those returns, and people who bought into the things back in 2016, or thereabouts, are extremely pleased with the results. However, the price charts and underlying data suggest cryptocurrencies are more volatile than a broad basket of traditional stocks. Relatively predictable? Not so much? Store of value? Hmm, I might argue they have been better creators of wealth than stores of value. Essentially, they have been great investments, but are they currencies? I would submit they aren’t, not necessarily.

But should folks invest in Bitcoin, et al?

I have never advised anyone to NOT buy cryptocurrencies based on what I perceive them to be: a somewhat speculative and non-correlated asset class. However, I have cautioned people, at various times, about the wild fluctuations in price, and have pointedly asked them if they have the proverbial stomach to tolerate them. If so, they should have at it with some portion of their portfolio, but no more than what they might feel comfortable investing in, say, micro-cap stocks or junk bonds. However, with Bitcoin now trading close to $19K per coin, the pool of potential individual, retail investors is limited, at least in the direct, active cryptocurrency markets.

My position really hasn’t changed much over the years, and the recent rally in the asset class has done little more than solidified it.

With that said, let me ask this question: if the global economy collapses; it the world order disintegrates; if the Doomsday preppers were right all along, what do want to have…and you have to choose one: 1) paper currency; 2) Bitcoin, or; 3) some form of bullion? You can choose what you want, but I would prefer to have the last option. Even the alloy coinage we now have would probably be preferable to paper, if for no other reason(s) than it doesn’t tear (or disintegrate) and is more costly to counterfeit. As for cryptocurrencies, if Doomsday comes, I am not going to count on my virtual wallet, or anything in the cloud, for anything. I am going to want to see it and feel it, and so will the others with whom I interact.

There you have it. What do you want to have in your pocket when all [heck] breaks loose? When the bombs are falling? When terrorists use EMP weapons fry the grid? When the mad scientists unleash the virus which unleashes the zombie apocalypse? When the collective mountain of debt crushes the global financial system? Do you paper currency? Something which doesn’t exist in a physical form, like a cryptocurrency? Or bullion of some variety? You know, the stuff human beings have used for thousands of years to facilitate economic transactions?

There is the answer, believe it or not, to the question whether cryptocurrencies are actually currencies OR investments. I would submit they are the later, and darn good ones at times. After all, again, Bitcoin is up over 150% thus far this year. That is far from an ordinary return, but, as I wrote in the first paragraph, this has been far from an ordinary year. 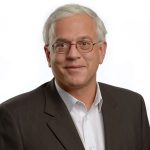 As always, this newsletter reflects my opinions, and mine alone, as of the time I wrote them. I am subject, or free, to change them at any time and without warning. Further, you should not construe anything in this newsletter as an offer to buy or sell any financial services or products of any type, nor should you consider it personal financial advice for your unique position.