This week, the Federal Open Market Committee (FOMC), the monetary policy making arm of the Federal Reserve, met, and signaled the potential for as many as three 0.25% (25 bps) rate hikes in 2022. Further, it will accelerate the original timetable to quit adding additional reserves to the US banking system from eight months to four. While US monetary policy is still amazingly accommodative, the Fed appears ready to make it slightly less so next year.

Obviously, the markets have been wondering just what it all means. After all, the Fed has been so ‘easy’ for so long, how does the economy react when it isn’t? What will happen to borrowing and lending? How will this impact consumer behavior? Will corporate America slash capital spending plans? Inquiring minds want to know!

After all, it HAS been a very long time since ‘we’ have had anything close to normalcy, at least as it pertains to the cost of money in the United States. This all started back with the Financial Crisis of 2007-2008, when the US banking system came perilously close to collapsing. I am talking about a razor’s edge.

Back then, the Federal Reserve implemented something called “quantitative easing,” in order to ensure adequate liquidity in the financial system. This was essentially little more the Fed buying US government debt securities, primarily, with money that didn’t previously exist. In order to keep this excess cash from ‘flooding the streets,’ the Fed largely sat on the money-center banks to ensure it sloshed about on the balance sheet somewhere other than the loan portfolio.

As a result, ‘US Commercial Bank Assets Securities in Bank Credit’ have surged $3.7 trillion since the end of 2006. For its part, the Fed’s balance sheet has ballooned roughly $7.6 trillion over that same time frame. Basically, you could argue the Fed has created an additional $11.3 trillion in demand for US government debt, largely, over the last decade and a half.

This has kept the liquidity spigot wide open and interest rates absurdly low. So low, in fact, the 30-Year US Treasury Bond currently has a yield to maturity (YTM) of around 1.8-1.85%, as I type on 12/17/2021, even as the trailing 12-month Consumer Price Index (CPI) was 6.8% at the end of November 2021. That’s right, in so many words and ways, money is free, when adjusted for inflation, in the United States, and has been for a long time.

If we are being honest with ourselves, this is beyond preposterous, and something has to give. Either inflation has to come down or interest rates have to go up. In all likelihood, it will be a combination of the two. After all, why would anyone continue to lend money at well less than the rate of inflation? Given the loss in purchasing power of the dollars lent, it doesn’t make any sense…none.

The only question is: have we become so addicted to the “punch” we won’t be able to function when the Federal Reserve takes the punchbowl away? It is beyond a fair question. After all, while the Financial Crisis might not seem like so long ago to some of us, the Fed has been goosing the system for well over a decade.

So, how do we break the habit?

The truth is, even if the Fed raises the overnight lending target 0.75% next year to 1.00% AND quits pumping $1+ trillion worth of excess liquidity into the banking system, US monetary policy will still be pretty loose by historical standards. The banking system will be flush with cash and excess reserves, and money will still be quite cheap in both absolute and relative terms. That is unless something unforeseen happens.

If it all seems confusing, perhaps the following analogy will help. 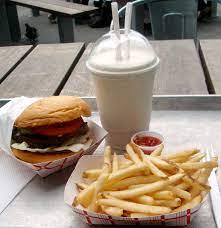 Imagine you encounter someone starving to death, a barely walking and barely talking skeleton. You take them in, and nurse them back to health with hamburgers, French fries, milkshakes, and all other types of calorie dense foods of dubious nutritional value. Not surprisingly they put on weight in relatively short order. However, after a period of time, what was once an emaciated, near-death individual has become a morbidly obese, near-death individual.

Essentially, we have traded one extreme for another, as the short-term cure has become a long-term curse. So, you decide to alter their diet in order to engender greater health, and you have two choices: 1) an immediate, sharp reduction in portion sizes and calorie counts, or: 2) a gradual shift from junk food to a healthier, more balanced diet, complete with plenty of fresh veggies, fruits, and lean proteins.

Which has the potential for greater long-term success? The former, more drastic approach? Or the second, more measured, change in eating habits?

We could probably debate this until the ‘cows come home,’ and not come to an agreement. However, it appears the Fed is going to adopt the second approach, which I personally think is the correct one. To be sure, it will take longer to “work off the added weight,” however, the side effects and shock to the system shouldn’t be anywhere near as severe.

For those of us who might wax nostalgic about Paul Volcker’s methods for killing inflation 40 years ago, how many want to do the same thing again today? And, given our current level of overall indebtedness, how many people think the results would be the same? After all, servicing $908 billion in US Treasury debt (1980) when interest rates are sky-high is a lot easier than trying to service $29 trillion, and counting. Hmm.

In a lot of ways, we are at the start of a diet which is going to take literally years. This week, the FOMC pretty much told us when it was going to start and how: at some point in 2022, more than likely by the end of June, and by replacing the milkshakes with unsweet tea at mealtimes. We will start substituting the fries with a sensible salad and the cheeseburger with a nice salmon filet later, potentially much later.

At least that is what I learned this week.

I hope this newsletter finds you and your family well, and may your blessings outweigh your sorrows not only on this day but on every day. Also, please remember to listen to our Trading Perspectives podcast.