Last night, I made a presentation to the Tuscaloosa Estate Planning Council, in person, about the prospects for the US economy given different election outcome scenarios. In other words, I broke one of my public speaking rules and discussed politics. Frankly, that is what everyone wanted to hear anyhow. I closed my talk with the following:

“Well, that about sums it up. I broke down our economic sector weightings given differing. I discussed what would likely happen moving forward if the Republicans are able to maintain both the Senate and the White House, as well as what a Blue Wave might entail. I started my comments by listing a number of things which we think will happen regardless of who wins in a couple of weeks. I have tried to keep it to economics, but people can be pretty passionate about economics. Now, let me close by saying I am Presbyterian, but I have a difficult time grasping predestination. However, there must be something to do because I grew up an Episcopalian. So, while some Calvinist thought escapes me, I have a pretty strong opinion on transubstantiation.”

You could have heard a pin drop. Was I really going to discuss religion after talking ‘politics’ for the better part of an hour, if not a little more? When I said I was ‘kidding,’ and opened it up for questions, the relief was palpable and the laughter loud, as loud as you might imagine after such a lame attempt at humor.

During the Q&A, we revisited my earlier comments about the Federal minimum wage, and how it would likely go up to $15/hour under a Blue Wave scenario. Let’s just say I am not a fan, and I told the group as much. After a few more questions, we dispersed around 7:35 pm, and I was on my way back to Birmingham not 10 minutes later. 70-80 minutes later, I was in front of the tube, watching the remainder of the Presidential debate with my wife and son, who had come home from college for the night to pick up some clothes.

Would you care to guess what the first question I caught was about? That’s right. It was about the Federal minimum wage, and the President was making a statement how Alabama is different from New York as my backside was hitting the couch cushion. Perhaps I was predestined to discuss the minimum wage today, huh?

Whether you like him or not, the President is dead accurate with his observation there are differences between the economies in Alabama and New York. Who can sensibly argue that? Or that the culture in South Florida is different than that of Nome, Alaska? That the cuisine in Hot Coffee, Mississippi tastes a little different that of Honolulu, Hawaii? Or that the workforce in Visalia, California has a different skillset than Boston’s? Heck, even within Alabama, there is almost similarity between the economies of Madison and, say, Greene Counties.

That aside, let me ask you a few questions: what fast food chain has the best hamburger? Which one has the worst? Who has the cheapest burgers? How about the most expensive? Which one is stuck in the middle across the board? My answers would be the following: Five Guys; the plain hamburger at McDonald’s; Krystal’s; Five Guys, and, finally, Wendy’s How does my list compare to yours?

Now, what if some politician had the bright idea that the base price for a hamburger in the United States should be equal to that of a ‘single with cheese’ at the Wendy’s location at 2 West 45th Street in New York? According to the website, it appears as though a Dave’s Single there will set you back $5.69, which doesn’t seem terribly unfair for lunch, does it? It is also well less than the $8.89 you would have to shell out for the Pretzel Bacon Pub Triple Cheeseburger, making it reasonable. Right?

We could debate that for hours and not come to an agreement. However, I would ask you to consider this: according to Wendy’s website, those sandwiches are priced $4.19 and $7.39 respectively at the company/franchisee’s location at 1790 Alabama Highway 14 in Selma, Alabama. That should be a real win for the folks in Dallas County, Alabama, right? Now, they get to charge an additional $1.50 per basic sandwich! Hurray! Why didn’t the store manager think of that? Thank you, Washington! 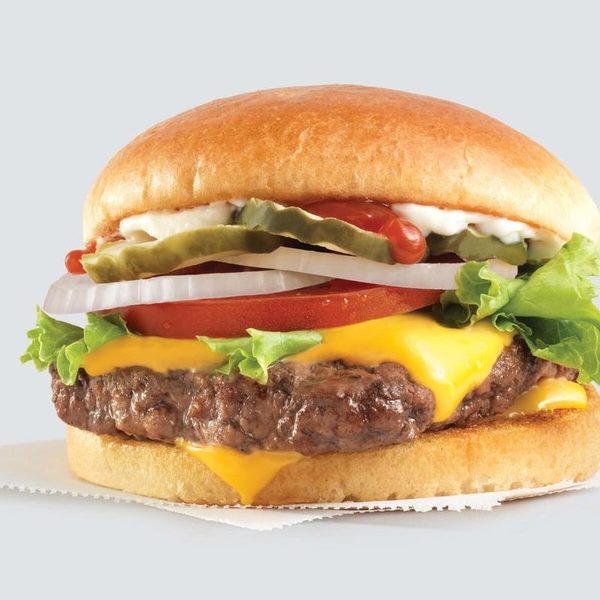 As you can imagine, there is more to the story.

According to incomebyzipcode.com, the average household income in the zip code where the Wendy’s is in Selma around $41,367. Conversely, the website estimates it to be $130,731 for the zip code for 2 West 45th Street. Huh, how about that? A $4.19 burger in Selma is equal to 0.0101% of annual household income, and a $5.69 one in NYC equates to 0.0044%. As such, even at the lesser price, a Wendy’s single with cheese is still over 2x more expensive, on a relative basis, in Selma than in the 10036-zip code. Increasing the price to $5.69 down South would make it, get this 3.2x more expensive, as a percent of annual household income.

Now, riddle me this: if the store manager/owner in Selma thought they could get $5.69, why wouldn’t they charge it? Further, answer this one for me: who really benefits by setting a floor for burgers here? Does it impact consumers in New York? Of course not. Now, how about the consumers in Selma? Clearly, it isn’t great for them since the burgers are now $1.50 more. So, um, the store owner? How? By setting a price floor higher than the market clearing price in their zip code? It seems there would be a decrease in demand at the higher price and a surplus in supply. That is just Economics 101.

While this may seem silly, the price of anything is ultimately set by the supply of it relative to the demand in a given market, ultimately. It doesn’t matter if we are talking about hamburgers, Moon Pies, automobiles, or, gasp, labor.

Now, the proposed $15/hour minimum wage very well close to, at, or even above the clearing price for unskilled labor in any number of zip codes across the country, including 10036. But all of them? Not a chance. Further, what would be the purpose of a mandated minimum wage IF it were significantly below the clearing price for labor? None. So, the very concept of a minimum wage implies a level, a price floor, higher than market equilibrium…otherwise, it is essentially purposeless.

In academic economics, this is the graph for a price floor above market equilibrium from businesstopia.net:

Let’s take a look at that term: excess supply. We all know what that means, right? Duh. In the labor markets, an excess supply of labor means unemployed workers. As a result, a high unemployment rate in a given area implies the cost of the supply of labor is greater than the demand for it. Therefore, a price floor (read a minimum wage) greater than the clearing price will lead to a higher level of unemployment than otherwise.

Currently, the minimum wage in Selma, Alabama is $7.25/hour, just as it is throughout the remainder of the state. Last month, September 2020, the official (bls.gov) Unemployment Rate in that city was 14.2% compared to 7.9% for the country as a whole. Arguably, the pandemic has skewed those numbers. So, how about last September? Fair enough. The Unemployment Rate in the City of Selma, Alabama was 5.9% in September 2019, compared to the national average of 3.5%. 80% and 69% higher, respectively.

So, IF unemployment in Selma is higher than the national average with the current price floor for labor ($7.25/hour), if there is ALREADY a surplus of labor, what will happen if Washington more than doubles the Federal minimum wage? Will employment go DOWN or UP in the 36703-zip code? Unless the supply demand curve graph is inaccurate, there is only one answer. As such, increasing a price floor which is already above the market clearing price is ironic. Increasing it to a level below the market clearing price is, in so many ways, inconsequential in aggregate.

How about that? From the price of burgers to the labor market situation in Dallas County, Alabama. But why Selma? Why pick on those guys? Well, I imagined more people across the country have heard of Selma than they have places like Uniontown, Samson, Reform, or Mosses, but the story is the same. On a separate note, and, in conclusion, you can only imagine what would happen to the supply of uneaten Krystal burgers at $5.69 per. Whew. Hey, I am not political, just economical.