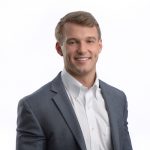 The total return of any asset is made up of: 1) the income the investment generates, and; 2) the principal appreciation. How do you want your return?

Assume the stock market will have an annualized return of 8% over the next decade. You have $100,000 to invest, and you have to choose two between two different securities. One has a 4% dividend yield, and the other doesn’t pay one. You have to generate $3,000 on your investment to make your budget work. Which do you choose? A ha. That is a loaded question.

The return on both investments would be 8%. If you take the same amount out of each, there wouldn’t be any difference. Essentially, you would be ambivalent between the two.

Obviously, this example didn’t take taxes into consideration. Further, what two readily available investments are going to return the exact same amount over the next decade? Therein are the problems: taxes and return expectations.

The problem with picking high yielding stocks is they often pay a big dividend for a reason. Often, it is nothing more complicated than management can’t think of a better thing to do with the company’s profit than pay it out to investors. If so, you could reasonably expect slower growth moving forward, meaning your investment probably won’t grow all that much.

Conversely, just because a company doesn’t pay a big dividend doesn’t mean it isn’t profitable. It could be management has other uses for the cash in order to grow the company and/or the stock price. After all, neither Alphabet (Google) or Amazon.com pay a dividend, and their investors have been pretty pleased over the last decade.

Now, as for taxes, they can shift with the political winds. The most recent changes to the rules are such many Americans would shrug their shoulders at the tax treatment differential between dividend income and long-term capital gains. Much would depend on just how high is the dividend and how big is the realized gain.

In the end, you should always choose a mixture of investments which maximizes the return you receive while minimizing the risk you take. It could be these pay a big dividend, or they could pay none at all. Again, how do you want your return?